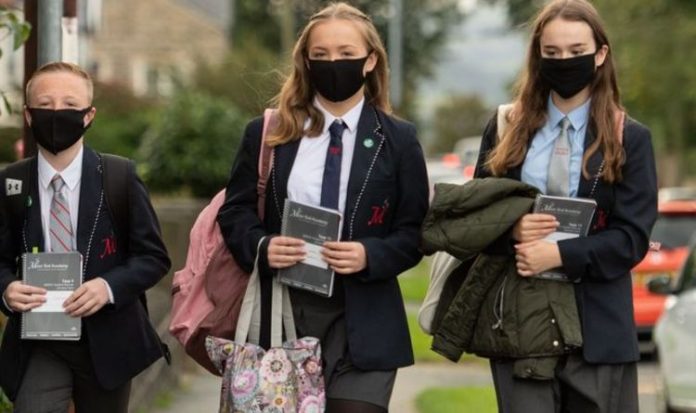 Tier 4 currently encompasses London and southeast England, where Government scientists identified a new strain of Covid-19. The strain, thought to be 70 percent more transmissible, plunged the region into the strictest possible restrictions over the weekend. Today, health secretary Matt Hancock announced another new strain and has responded by extending the measures.

Do schools close in Tier 4?

The new restrictions came into effect for London and the southeast last weekend.

They came just days after the Government forced schools to reopen on threat of legal action and two days before the Christmas holidays.

As such, schools did close when the restrictions came into place, but not because of the lockdown.

“It remains very important for children and young people to attend, to support their wellbeing and education and help working parents and guardians.

“Senior clinicians still advise that school is the best place for children to be, and so they should continue to go to school during term time.”

Communities minister Robert Jenrick expanded on the plans as he made the rounds on television this morning.

He said they would return in the new year with increased testing for pupils.

But he added teachers would need work over Christmas to have their schools ready in time.

Mr Jenrick told the BBC: “We have made it our longstanding priority to reopen schools, I think that is the right thing to do.

“I appreciate it is going to be a big challenge and teachers and headteachers are tired at the end of a very difficult year, so this will be some further work for them to do over the Christmas period.

“But if we can get this right and prepare for it it will enable kids to go back to school, albeit in a staggered way, in the first few weeks of January.”