President Trump apparently remains defiant in response to calls that he release his tax returns, a demand made loudly and visibly this weekend by thousands of protesters around the U.S.

The president took to Twitter on Sunday to deride the Saturday protests as “small,” and to suggest that the issue is irrelevant considering his victory in the presidential race.

I did what was an almost an impossible thing to do for a Republican-easily won the Electoral College! Now Tax Returns are brought up again?

Someone should look into who paid for the small organized rallies yesterday. The election is over!

The president also suggested that the protests were organized by “paid” protesters, citing no evidence.

The “tax march” protests were held in about 150 cities and towns Saturday, including outside the president’s Florida estate where he is spending the weekend.

As Trump was returning from a trip to a golf course on Saturday, his motorcade took a 10-minute detour to avoid protesters lined along a road leading up to Mar-A-Lago in Palm Beach, Florida.

Trump was the first major party nominee since 1976 not to release his tax returns prior to the election. 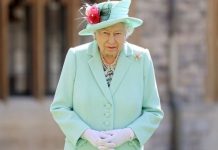 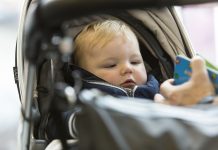 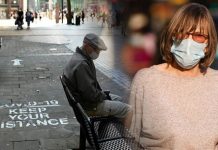