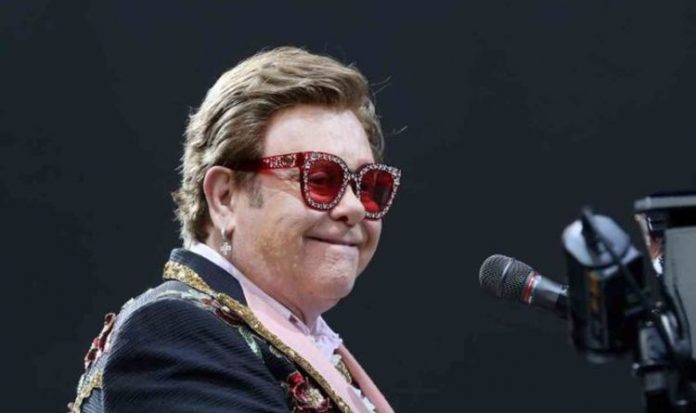 In a scathing attack on the work by the Prime Minister and his team of negotiators, the iconic British singer has claimed musicians were ignored during Brexit trade talks. The pop star said Mr Johnson had “screwed up” and should have negotiated a visa-free scheme for touring British musicians. The songwriter claimed Brexit negotiators either “didn’t care about musicians, or didn’t think about them, or weren’t sufficiently prepared”.

Writing in the Guardian Elton John said: “The situation we’re now in is ridiculous.

“Music is one of Britain’s greatest cultural exports.

“However, it was left out of the Brexit trade negotiations when other industries weren’t.

“Workers from some professions are still allowed to travel on business without applying for a visa.

The writer of Yellow Brick Road said: “Either the Brexit negotiators didn’t care about musicians, or didn’t think about them.

“Or Brexit negotiators weren’t sufficiently prepared. They screwed up.

Elton John claimed that up-and-coming artists hoping to tour in the EU will be “up against a brick wall” of fresh “bureaucracy”, “paperwork”.

Culture minister Caroline Dinenage said the Government had to decline this as it would allow “visa-free short-stays for all EU citizens”.

Speaking in the House of Commons, Ms Dinenage said: “The EU did not offer a deal that would have worked for musicians.

“It’s quite simple, the EU in fact made a very broad offer which would not have been compatible with the government’s manifesto commitment to take back control of our borders.”