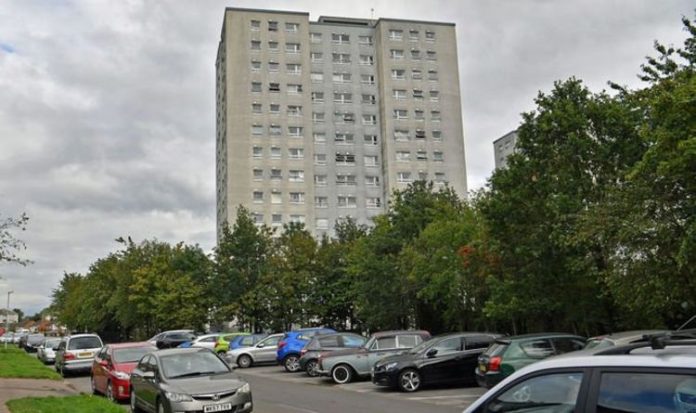 Locals have described seeing hundreds of rodents on a daily basis, which they claim had previously invaded the neighbouring tower block of the estate, in Reading’s Coley Park, before moving over to their own. Despite complaining to Reading Borough Council about the infestation for three years, the issue is said to have grown drastically due to the rodents’ breeding habits and ‘overflowing’ bins.

Steven Weston has been complaining about the issue for around three years now.

He told BerkshireLive the bins at the flats are “overflowing every day” and that’s what attracts the animals in such large numbers.

He said: “It’s getting worse.

“They’ve been in 205 for years now and that’s bad enough, but now we’re seeing they’ve got into 193, and there seems to be more and more of them now.

“The bins are overflowing every day.

“I really think we need the rubbish taken away every day to try to solve this.

“We’ve had the pest man out regularly, who shoots them, but it’s not enough and more and more seem to come back.

“They seem to be immune to poison, which is why he has to shoot them, but there just seems to be more and more of them around.

“It’s horrible for the children who live here.

The council has been attempting to try to solve the problem for a number of years, but people living in the flats say the attempts aren’t working.

In December, the authority spent a “Week of Action” on the estate,  which included daily bin collections, daily jet washing of the bin room, daily litter pics, deep cleaning of the blocks and a daily cull by the pest controller.

The bins are also collected four times a week instead of the normal three.

The council has repeatedly urged people living there to dispose of their rubbish properly as the rats will continue to be active if they can find food.

Another woman, Dominika Cooper, also contacted BerkshireLive about the situation in Coley Park.

She has lived in the flats for four years and said: “When we first moved in, you never saw a rat.

“Now, you see them the entire time.

“The children are scared of them.

“It’s really sad for the people who have little kids here to have to live like this.”

She added people were also concerned about the new development coming to the area, which will see a lot more people come into the area.

The plans for 45 new council homes from the authority attracted a lot of protest when they were first proposed and Dominika said they feared having more people there would lead to the rat problem getting worse.

She added: “It’s actually a lovely area, and a lovely community, but there is this problem which no-one seems to be able to solve.”

A spokesman from the council said: “Bin collections have gone up from three per week to four per week to help resolve the issue, and one of these collections is at a weekend when more people are at home.”