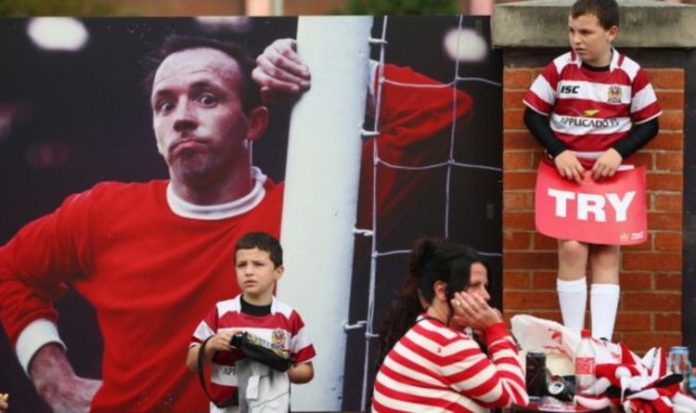 His hearse, with a bouquet that spelt Nobby, drove through Manchester yesterday on its way to a private cremation at Southern Cemetery. The former midfielder, 78, died on October 30 after battling Alzheimer’s.

Ex-United team-mate Paddy Crerand, 81, wiped away a tear as the cortege passed a shrine of scarves and flowers at Old Trafford.

He said: “On the pitch he made tackles you would get arrested for today, never mind sent off. But he was a terrific footballer.”

Nobby’s family has said any donations should be made to The Jeff Astle Foundation, which researches dementia in sport.