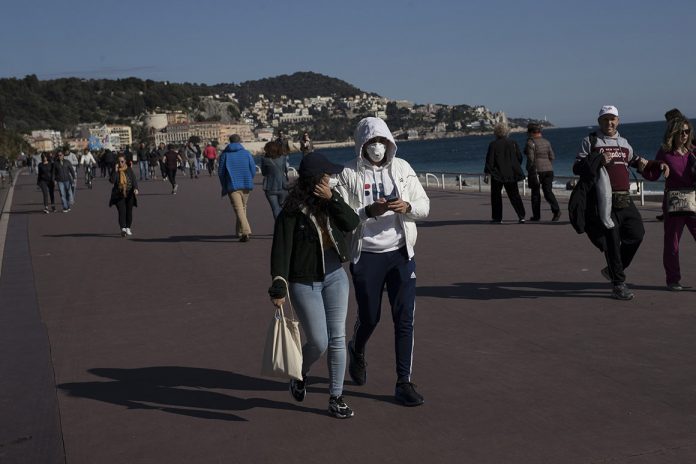 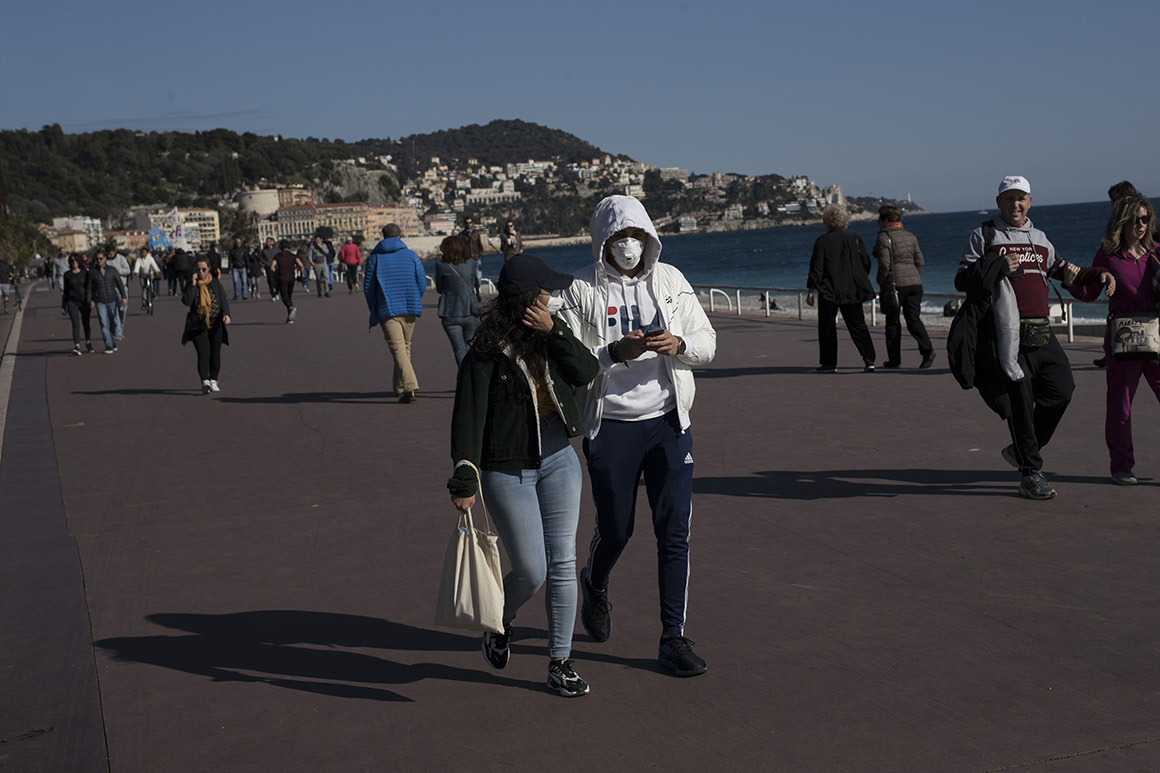 PARIS — Take a walk along Nice’s famous Promenade des Anglais without a face mask and you’ll get shouted at.

The city on the French Riviera is using cameras equipped with speakers so that police can forcefully remind people to respect rules to stop the spread of coronavirus, local media reported.

“In the event of a brawl or large grouping, for example, the city’s police can talk directly to the people concerned and shout ‘Watch out! We can see you, a crew is coming,’” Anthony Borré, Nice’s deputy mayor in charge of security, told local newspaper Nice Matin.

The city also broadcasts pre-recorded messages every 30 minutes between 9 p.m. and 2 a.m. in areas where tourists and locals gather, reminding them of social distancing rules and the necessity of throwing away their trash.

The conservative mayor, Christian Estrosi, on Monday issued a decree enforcing mask-wearing outdoors, a measure that goes further than the nationwide rules that masks must be worn in enclosed spaces. Estrosi plans to broadcast more messages in the coming days reminding people of the new rules.

Other major French cities, including Lille, Biarritz and Toulouse, have begun to take similar measures as the number of cases rises again, with the national Scientific Council fearing a second wave in the fall.

Nice has a history of using surveillance technology. It was the first city in France to trial facial recognition technology on its streets — which are constantly monitored by around 2,600 CCTV cameras.

In April, the French city also tried using drones to call on people to respect the lockdown.

But in May, the country’s data protection authority, Cnil, announced it had launched an investigation into the use of such invasive technologies, which were also used by Paris police to monitor lockdown compliance.

In an interim order issued in May, the Council of State — which provides legal advice to the government — ordered the government “to cease, without delay, the carrying out of surveillance measures using drones to monitor compliance.”

The post French police use cameras with speakers to shout at people who break coronavirus rules appeared first on Politico.