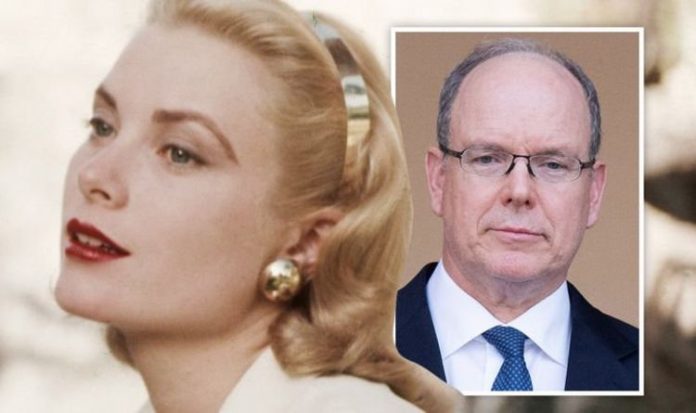 Monaco has become one of the most exclusive regions in the world. The principality is perhaps best known for its former Princess, Grace Kelly. A Hollywood star, Grace fell in love with Monaco’s Prince Rainier III, marrying into the Grimaldi dynasty in 1956.

The actress is said to have transformed the principality alongside Rainier who became known as the “builder Prince”.

She brought a lick of glamour the region needed, in her trail thousands of American high-flyers like Frank Sinatra followed to enjoy the splendours of Monaco.

Grace sadly passed away in a tragic car accident in 1982 when returning from the family’s holiday home.

Despite this, her memory lives on, with one specially preserved filing cabinet full of the Princess’ precious memories.

The store was filmed during the documentary ‘Privacy and Power: A year In The Life Of Prince Albert Of Monaco’.

It is a vast cavernous system of underground tunnels beneath Monaco Palace which holds the entirety of the country’s documented history.

In the segment, Thomas Fouilleron, the vault’s minder, is tasked with archiving a letter from Queen Elizabeth II to Albert.

Shortly after he archives it, he opens Grace’s box of memories.

Another piece he came across is a drawing by Albert, also from his childhood.

Mr Fouilleron said: “These are won engravings he did in year ten.

“The cowboy and Indian are likely to be a family reference to the US.”

Monaco was recently explored in the BBC’s ‘Inside Monaco: Playground of the Rich’.

As narrator Fred Sirieix explained: “When Grace Kelly arrived to marry Prince Rainier in 1956, the world watched the climax of a fairy tale romance.

“One of the biggest stars of Hollywood was sailing into Monaco to join her real life Prince Charming.

“But, behind the scenes, the principality had fallen on hard times.

“The arrival of an Oscar-winning actress was a chance to start a new chapter of glamour and sophistication.

“Together, Princess Grace and Prince Rainier were to transform the principality’s image for a generation.“

Albert was destined to become the nation’s sovereign Prince after Grace passed away.

While driving back from the holiday home, Grace’s Rover tumbled 100ft down a ravine, turning over several times before coming to rest in a garden.

Reports initially suggested the princess was injured but stable.

But, later that day, Grace tragically passed away in hospital.