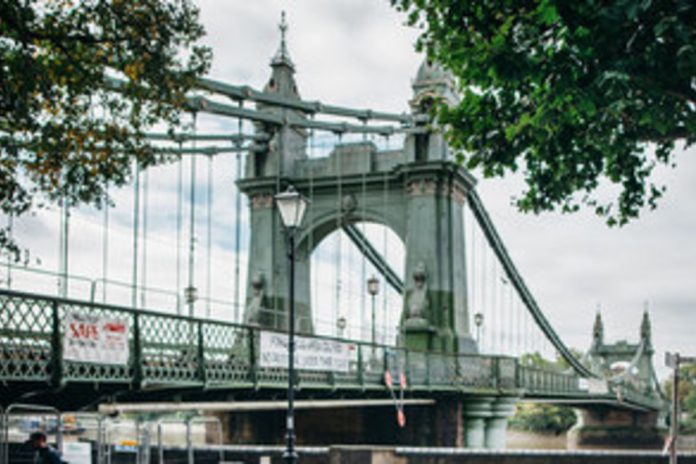 The seventh meeting of the Hammersmith Bridge Taskforce was held today, 13 November 2020.

The taskforce held another productive meeting today. Further to the extraordinary funding and financing package agreed between government and TfL, we’re pleased to report that TfL will shortly be instructing contractors to carry out immediate mitigations work on the two western pedestals. This is being delivered as part of the overall bridge stabilisation work package.

The taskforce also held constructive discussions around the draft business case recently submitted by TfL following close working with the London Borough of Hammersmith and Fulham. The business case remains a work in progress. When finalised, it will set out not only the strategic case for repair, but also all the elements needed for successful project delivery, including procurement approach, governance arrangements, affordability, funding profile and contributions, and individuals’ responsibilities.

The taskforce further noted the progress made by TfL in taking forward the temporary ferry service, following publication of the Prior Information Notice (PIN) to interested parties on 5 November. We remain confident that the ferry will be operational by spring 2021.

Finally, the taskforce discussed the potential for further controlled river passages to enable the planned movement of vessels at pre-designated times, based on detailed risk assessments.  Planned dates are in discussion for later in November and early December and details on these will be publicised as soon as possible.  Public safety remains the highest priority so further changes will only be made when the bridge owners determine it safe to do so in line with the advice of expert engineers – it remains unlikely that more regular river use will resume until stabilisation works on the bridge have taken place. We’ll provide further updates on this as soon as we can.