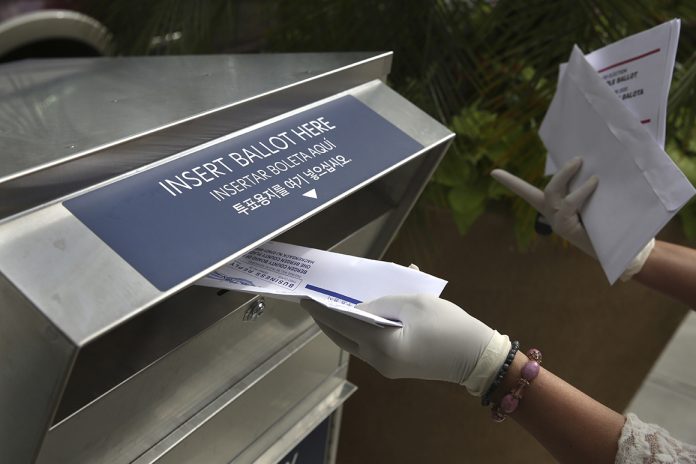 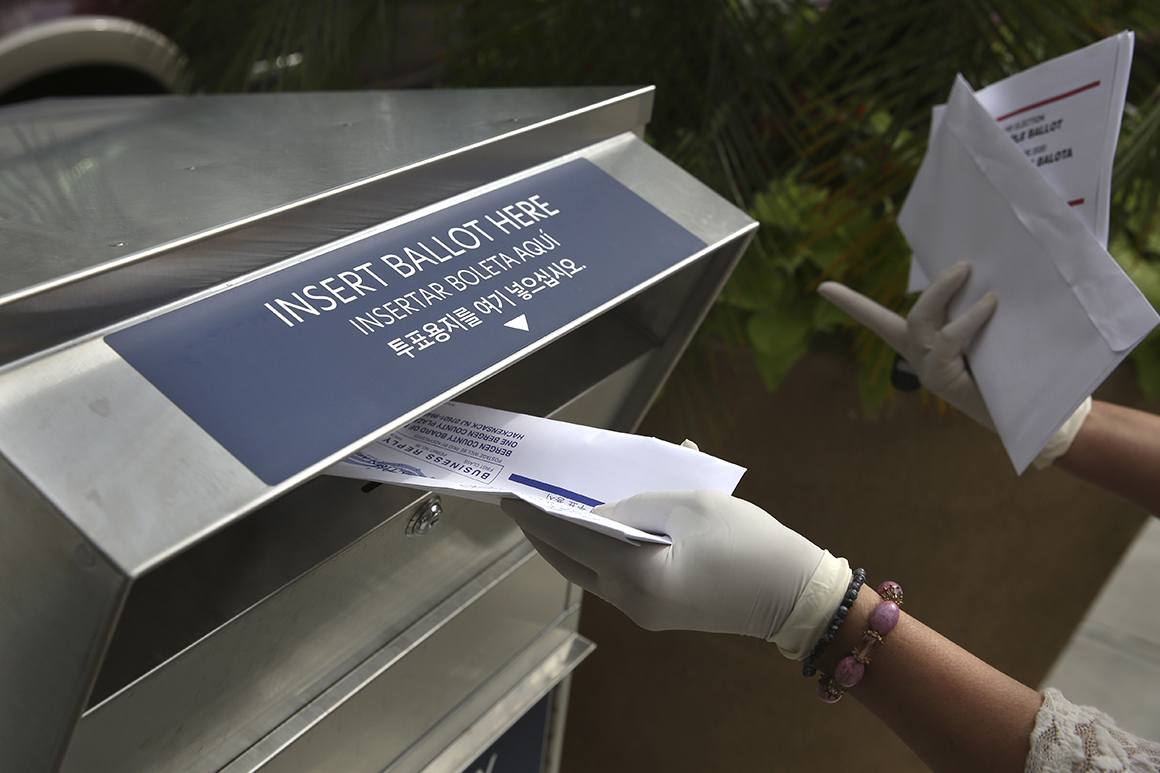 House Democrats’ campaign chief had a clear message on a caucus-wide call Tuesday: Have a vote-by-mail game plan for November.

Democratic Congressional Campaign Committee Chairwoman Cheri Bustos also briefed Democrats on specific types of outreach that could help increase turnout in November, based on voter-engagement tests conducted during a California special election in May.

It’s an approach, Bustos warned colleagues, that will prove critical ahead of an election where the outcome of dozens of races will be determined by mail-in ballots.

“Each one of us will need to have a vote-by-mail strategy for November,” she said, according to a source on the call.

The DCCC had begun testing its vote-by-mail messaging in May to help drum up turnout as it prepared for what would be the first competitive election amid the pandemic — a disappointing loss in the suburban Los Angeles swing seat held by Democratic Rep. Katie Hill before she resigned.

To test out strategies, a DCCC-hired firm distributed thousands of mailers in the California district this spring, after both candidates were suddenly forced to abandon usual get-out-the-vote tactics during the pandemic. And it soon became clear that many more races would be conducted under the same circumstances.

The data analytics firm looked at roughly 100,000 Democratic voters who do not regularly vote by mail, and whether they could be nudged to do so during the May 12 special election. Those voters were divided into four groups — three groups received different combinations of messages on the election, while a fourth received no mailings at all.

According to a source on the call, the Democrats’ experiment found that specific messages could boost turnout by as much as 1 percent — a sizable margin in a close race. But it also found that more research was needed to know precisely which messages work best, and it offered little explanation for the GOP’s dominance in the California special election.

That vote-by-mail data has become even more crucial to Democrats after a worse-than-expected loss in a seat that they had flipped by 9 points in the 2018 midterms. The race, which saw Republican Mike Garcia, a Naval aviator, trounce Democratic state Assemblywoman Christy Smith, also underscored a need to better engage voters who do not typically vote-by-mail.

Democrats declined to discuss specific messages they tested, which they said could be used by their competitors who will also need to boost mail-ballot turnout in November.

The DCCC has spent weeks helping campaigns adapt to the pandemic, including hiring “mobilization” directors in nearly three dozen districts and a “virtual action center” where volunteers can organize virtual campaign events.

The committee also tested turnout messaging in a June special election for the most GOP-leaning district in New York. Republicans ultimately held the seat, but the victory margin shrunk from a massive double-digit lead on election night to just 5 points after mail-in-ballots were counted. Trump won the district, which was vacated by Republican Chris Collins, by roughly 25 points four years ago. Democrats are still reviewing the results of the messaging tests from that special election contest.

The Democratic analysis was not billed as an autopsy of the Los Angeles race, which brought a surge of enthusiasm to the House GOP in what has been an otherwise rough election cycle for Republicans. Instead, Democrats said it would be used to look ahead at future races amid the coronavirus-imposed lockdowns.

Across the map, Democrats are widely favored to keep the House this fall, and could even expand their majority by capturing more GOP seats.

They blamed their California defeat heavily on an unfavorable electorate composed of older and less-diverse voters that tend to be more conservative. But Garcia’s victory was larger than most operatives expected and suggests a considerable cushion of support as he seeks election to a full term in November.

The presidential race is certain to juice Democratic turnout in the district where they have a voter-registration advantage of 30,000, but national Democrats will likely have to spend heavily to flip the seat back in the fall.