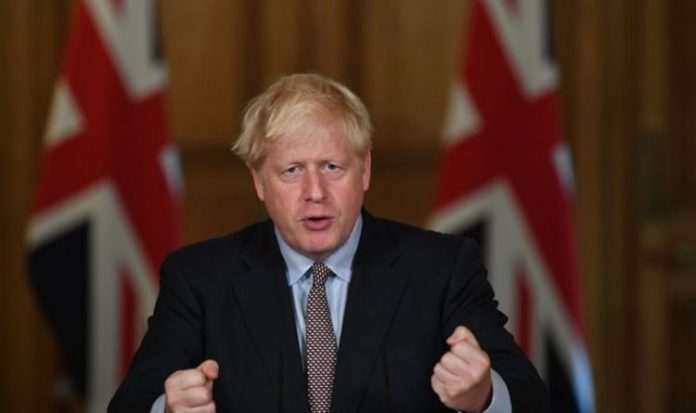 The Government announced three new tiers, Tier 1 being “medium”, Tier 2 is “high” and Tier 3 translating to “very high”. Tier 3 has the most serious measures, including the closure of pubs and restaurants and a ban on overnight stays outside the home. A number of local leaders, including Greater Manchester’s mayor Andy Burnham, have hit out at the Government for implementing measures that would leave people out of work, without providing adequate financial aid.

How much money has the Government given Tier 3 areas?

A number of areas have now moved into Tier 3, including Greater Manchester, the Liverpool City area and Lancashire.

Speaking on October 20, Mr Johnson said: “I bitterly regret any restrictions that lead to damage to business and people’s lives.

“Nobody wants to put people in Greater Manchester through they experience they have been.

Lynn Williams told the Mirror leaders “reluctantly agreed” to the deal which offered an additional £30million than the £12million initially promised.

Ms Williams told the paper: “We were kind of bullied into this.

“Essentially, we had to agree to this deal or we would not have got a share of anything. And we were also at risk of more businesses going into the closed list.”

Mr Burnham was another one to fight back the Government, telling ITV news he has “no regrets for taking a stand”.

Mr Burnham asked the Government for £65million, which he said would be the “bare minimum to prevent a winter of real hardship”.

The Government, however, refused to hand over the sum, instead negotiating a maximum of £60million for the city.

Mr Burnham said: “This wasn’t a negotiation, this was basically bulldozed through and we took a stand.

“So no regrets for taking that stand because the point is they were imposing an arbitrary formula one-by-one on places.”