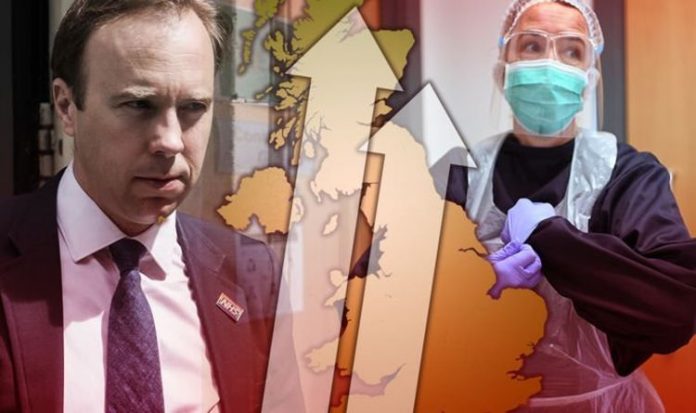 Ireland is at a “critical phase” in its battle against the pandemic, the chairman of the National Public Health Expert Team (NPHET) warned this weekend. Dr Cillian de Gascun admitted a second national lockdown was a “tool in our armoury”, as Ireland reeled after a spike in new cases. Ireland had reduced daily new cases to single-digits during June and July, but since then the rare has slowly increased as a second wave gathers pace.

On Saturday, the country recorded a jump of 142 new cases, a figure that prompted Irish health minister Stephen Donnelly to warn of a “a tipping point”.

It is a pattern reflected across Europe, as cases continue to rise.

Like in Ireland, Emmanuel Macron hinted his nation may have to prepare for a second lockdown.

He said: “We’re doing everything to avoid another lockdown, and in particular a nationwide lockdown.

“We’ve learned enough to know that nothing can be ruled out.

“But we’re doing everything to prevent it.”

This has sparked protests in London, where yesterday thousands packed into Trafalgar Square.

The anti-lockdown protest was attended by David Icke who claimed: “A deadly new disease is sweeping across this world, it is not Covid-19, it is fascism”.