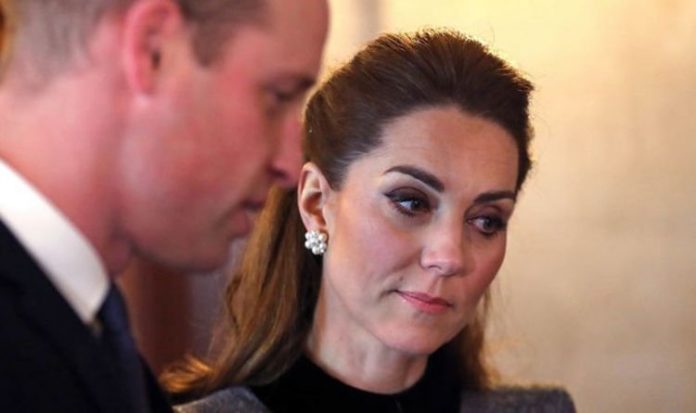 Kate and Prince William have taken to social media to remember the millions of people persecuted and killed during the Holocaust. The Duke and Duchess of Cambridge published a sombre message on Twitter pledging not to forget the atrocities that took place between the 1930s and 1940s.

The tweet, shared by Kensington Royal, read: “On #HolocaustMemorialDay we commemorate and honour the victims and survivors of the Holocaust, and of recent genocides.

“We must never forget.”

Given the impossibility to attend any face-to-face memorial event, the Royal Family has taken steps to be able to honour the victims of the genocide via their social media channels and video links.

Later today, Kensington Palace announced it will share “a special conversation between The Duchess of Cambridge and Holocaust survivors Zigi Shipper and Manfred Goldberg”.

Kate met them at Stutthof in 2017, during the Cambridges’ visit to Poland and Germany.