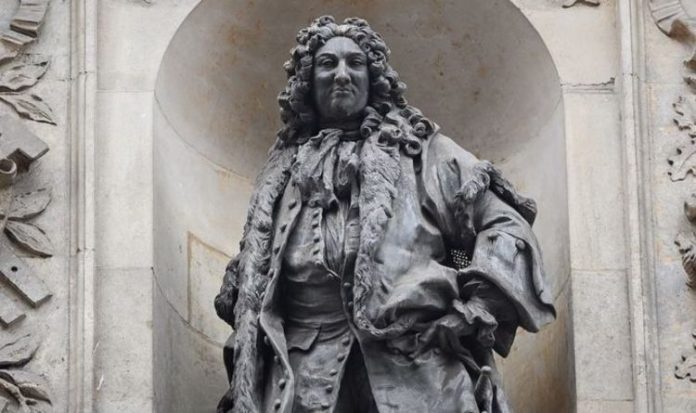 The row intensified last night when the City of London Corporation announced it was removing statues of two political figures from the capital’s Guildhall because of their connections with slavery in the 18th Century. The corporation voted to take down monuments to twice Lord Mayor of London William Beckford and Tory MP Sir John Cass because the men had accrued their wealth through the slave trade and symbolise “a stain on our history”.

The move comes days after Communities Secretary Robert Jenrick said Britain should not try to edit its past as new legal protections meaning historic statues will be removed only in “the most exceptional circumstances” came into force.

Under the new legislation, if a council intends to grant permission to remove a statue and Historic England objects, Mr Jenrick will be notified so he can make the final decision.

But furious members of Labour-led councils have lashed out at the new laws and accused minister of trying to provoke a culture war.

Nick Forbes, chair of the Local Government Association’s Labour group, said it was “profoundly disturbing that the Tories, instead of addressing today’s very real issues of child hunger and poverty, are trying to open up a culture war using statues as a rallying call”.

A statue of Sir John Cass is to be removed from London’s historic guildhall (Image: GETTY)

He said: “Labour councils undertook thorough reviews of all statues in our areas following last summer’s Black Lives Matter protests, and in a few areas have entered into meaningful and sensitive discussion with communities about highlighting their historical context.

“But to use this as a political attack, and focus on protecting the dead rather than the living, is a shameful attempt to distract the public from the government’s multiple failings through the Covid crisis.”

Labour councillor Nesil Caliskan, leader of Enfield Council and chair of the Local Government Association’s safer and stronger communities board, said: “Generally speaking, if society or a community feels a statue is not appropriate or is offensive, then I don’t think we should be making it more difficult for them to be removed.”

The Sir John Cass statue will be transferred to an undisclosed location (Image: GETTY)

“And the Jenrick priority is a deflection of statues.”

Speaking before the City of London Corporation voted in favour of removing the statues of William Beckford and Sir John Cass, Mr Jenrick said: “We cannot – and should not – now try to edit or censor our past.

“That’s why I am changing the law to protect historic monuments and ensure we don’t repeat the errors of previous generations, losing our inheritance of the past without proper care.

“What has stood for generations should be considered thoughtfully, not removed on a whim, any removal should require planning permission and local people should have the chance to be properly consulted.”

Responding to the planned removal of the Guildhall statues, a spokesman for Mr Jenrick’s Ministry of Housing, Communities and Local Government said: “For hundreds of years, public statues and monuments have been erected across the country to celebrate individuals and great moments in British history.

“Any removal should require planning permission and local people given the chance to be properly consulted – that’s why we are changing the law to protect historic monuments to ensure we don’t repeat the errors of previous generations.”

DON’T MISS
Sadiq accused of ‘disgraceful waste’ of taxpayers’ cash on statues ‘stunt'[SPOTLIGHT]
Labour urged to move away from ‘woke rubbish’ as working class fallout[INTERVIEW]
Statues of Churchill, Nelson and Gandhi could be REMOVED after report[FOCUS]

A statue of slave trader Edward Colston was torn down by protesters in Bristol last summer (Image: PA)

The decision is part of a wider debate sparked by the spontaneous toppling of slave trader Edward Colston’s statue in Bristol at the height of last summer’s Black Lives Matter protests.

Last summer’s targeting of statues by protesters saw the Church of England, the Bank of England, Oxford University and other institutions open inquiries into what they should do about historical legacies such as monuments to people involved in slavery or colonialism.

Labour councils pledged to review the “appropriateness” of monuments in their areas on public land and council property.

But the move sparked an anti-woke backlash with Boris Johnson accusing those wanting to remove statues of engaging in “a great lie, a distortion of our history” by seeking to “photoshop” the cultural landscape.