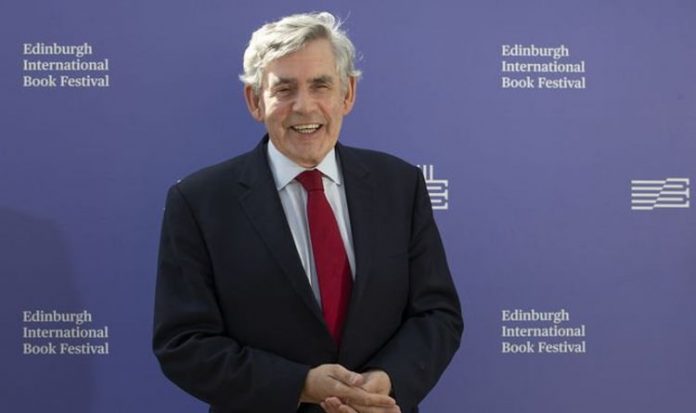 Mr Leonard, Scottish Labour leader since 2017, resigned “in the best interests of the party”. While MSP Anas Sarwar is considered the frontrunner for the role, commentators have suggested Mr Brown, Prime Minister from 2007 to 2010, could take over to boost the party in Holyrood.

Andrew Adonis, Labour member of the House of Lords, took to Twitter to tip the former Prime Minister to step up to run Labour in Scotland.

He said: “The best leader of the Labour Party in Scotland would be Gordon Brown.”

George Eaton, an editor at The New Statesman, added: “Given how high the stakes are, there’s surely a case for Gordon Brown becoming Scottish Labour leader.”

The editor referenced Mr Brown’s essay on “how to save the UK”, published in the New Statesman, which called for written UK constitution and the abolition of the House of Lords.

It comes ahead of the 2021 Scottish elections on May 6, where Labour are predicted to suffer a wipeout.

A poll from Savanta ComRes forecasts the SNP to win 71 seats out of a possible 129, delivering the party a record majority.

The poll predicted Labour would lose three seats, leaving the party with 21, and Conservatives would lose 14 seats.

The poll, which surveyed 1,016 people from January 8 to January 13, also found 57 percent of those asked would vote for Scottish independence in a referendum.

Mr Brown campaigned strongly against independence in 2014, where Scotland voted to remain in the UK.

“And so I say I have to vote and take account of the needs of my children and future generations and the future of our country in centuries to come.”

It also comes after Mr Brown returned to front-line politics in December as an advisor to Labour leader Sir Keir Starmer.

The former party leader will advise his successor on how to devolve more power to regional and local authorities across the UK.

Sir Keir has railed against a second independence referendum in Scotland, adding to BBC’s Andrew Marr: “I don’t think there should be another referendum.

“I don’t think another divisive referendum is the right way forward. But I do accept the status quo isn’t working.”