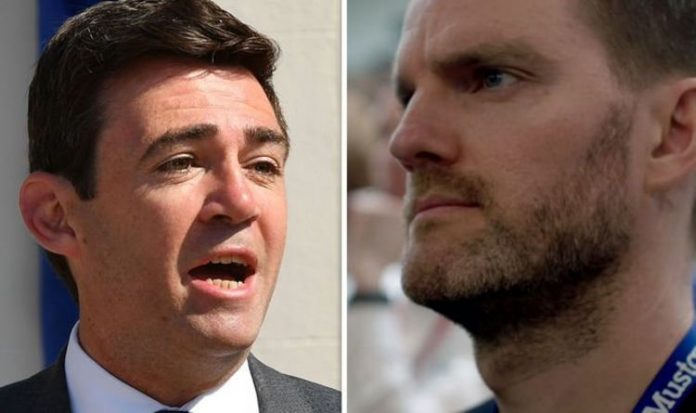 Mr Burnham pledged to end the plight of rough sleeping across Greater Manchester, which in recent years has become a worrying reality for more and more people from the region. Dubbed ‘A Bed Every Night’, Mr Burnham’s scheme pledged to ensure accommodation for every rough sleeper in the area, while promising to eradicate homelessness for good. But his decision to install local property developer Tim Heatley, who was charged with the £500million redevelopment of an area of land near Manchester Piccadilly, was “laughable”, according to those who worked with the city’s homeless.

“But we’ll have to see because sometimes they can have lots of clout, but you can’t help but laugh at the irony.”

The show discussed the region’s need for affordable housing versus a want for millionaire, luxury apartments to ensure Manchester can become a desirable hub in the north.

It predicted that around 250 people are living rough on the streets of Greater Manchester, with Mr Burnham claiming on the programme that since ‘A Bed Every Night’s launch in 2018, at least 1,500 homeless individuals have been accommodated.

He added: “I am determined to extend ‘A Bed Every Night’ for 12 months from June this year.

“The truth is we don’t have all the public money we need and we will continue to have to raise money by charitable donations and I am grateful to Tim Heatley who will serve as its chair.”

Mr Heatley is the boss of Capital & Centric, which is currently undertaking a series of renovation projects, including the redevelopment of the new Piccadilly East.

JUST IN: Richard Brake mistaken for homeless man by Game Of Thrones cast

“We have to do something to make sure that families are not priced out of their neighbourhood.

“If we just have high earning people in the city centre, it’s going to lose its edge, diversity and creativity. The city will burst. That’s what attracts investment. You can’t just have accountants and lawyers living in the city.

“Manchester has never been boring, it’s exciting, and the population needs to reflect that. We have to make sure that everyone can live in or around the city.”