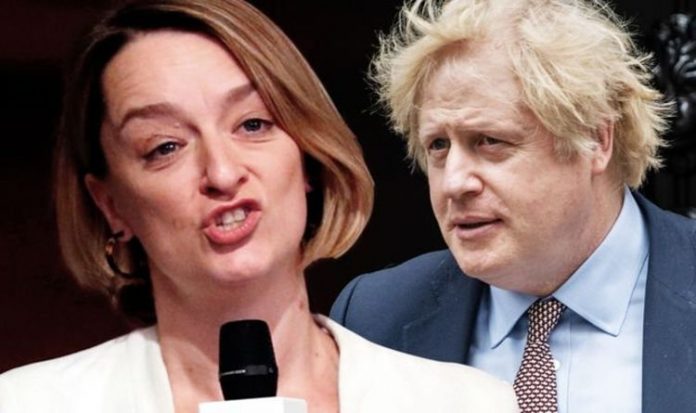 The BBC journalist has highlighted seven ways the UK Government is edging towards stricter coronavirus restrictions. She said Nicola Sturgeon’s recent announcement, which will see alcohol banned in pubs, restaurants and café’s for 16 days, has spurred Boris Johnson into action.

Ms Kuenssberg outlined the Government’s expected moves in a thread on Twitter, where she said the Treasury is looking at providing financial pubs to sectors of the economy which have been forced to shut, such as pubs.

She said fresh restrictions are expected to be introduced in Nottingham tomorrow, with the Prime Minister expected to address the nation and impose new rules on Monday.

The BBC Political Editor wrote on Twitter: “1. Govt edges towards next steps to tighten restrictions for England.

“2. Was on the cards before Sturgeon’s moves but that ups the ante.

“3. Treasury looking at financial support for pubs if they have to close in North of England or beyond.

“5. Extra restrictions were expected as early as tomorrow, for example in Nottingham – announcements not expected yet now.

“6. One source says ‘the crux is the PM is still weighing all the options up’.

“7. After a lot of chatter today, sounds like govt heading for announcement about next phase of Covid on Monday.”

Nottingham is poised to have similar measures to those currently in place in north-east England announced tomorrow, after the rate of infection rose dramatically over the weekend.

The new measures could see household mixing banned in any indoor setting.