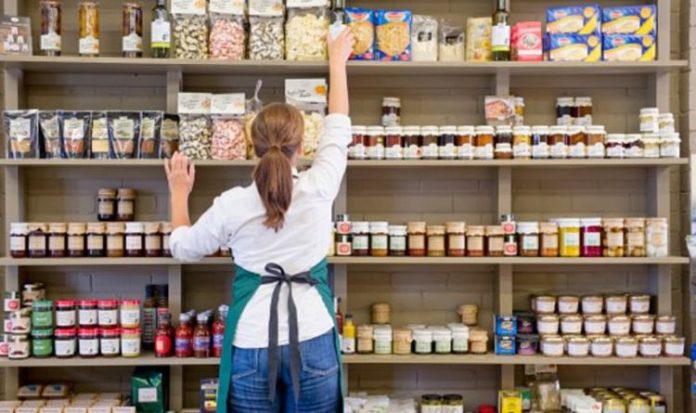 The move comes after a surge in violence and abuse during the pandemic. MPs of all parties are being urged to sign the Shopworkers’ Protection Pledge. It calls for improved legislation so yobs convicted of attacking or abusing retail staff face “the full force of the law”.

A survey by the British Retail Consortium revealed there are more than 400 incidents of violence and abuse against shopworkers every day. Attacks have risen despite retailers spending a staggering £1.2billion on crime prevention measures every year.

Helen Dickinson, British Retail Consortium chief executive, said: “These incidents have multiplied during the pandemic, which is why we are now calling on MPs from all parties to sign the Shopworkers’ Protection Pledge.”

The BRC says the common triggers for violence and abuse include challenging shoplifters, enforcing age-restricted sales and implementing social distancing and other virus safety measures.

The BRC is calling for tougher penalties for attacks on shopworkers through the creation of a specific criminal offence.

Philip Davies, Conservative MP for Shipley, West Yorks, said: “Having spent many years working in retail, I am acutely aware of the unacceptable abuse shopworkers face all too regularly.

“Coronavirus should have shown us how much we rely on our shopworkers and appreciate them more and yet abuse has gone up which is outrageous.”

No one should have to face violence or threats in the workplace. But every day over 400 retail workers are abused, attacked or assaulted.

We should not stand for it. These are not just statistics but real people who work tirelessly for millions of customers every day.

From abuse, to threats, to violence, those involved carry such experiences of violence with them for a lifetime.

We need a change in law to create a clear deterrent that assaulting retail workers will not be tolerated.

The Government should create a specific criminal offence to protect retail employees from attacks at work. Without action, crime will keep rising.