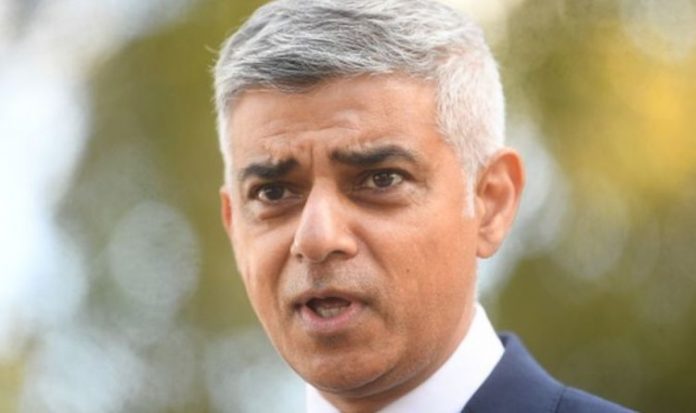 Tory London mayoral candidate Shaun Bailey blasted Sadiq Kahn after the Labour Mayor called for an urgent review of the 10pm coronavirus curfew on pubs and restaurants, saying it appeared to be “counter-productive” and causing an increase in COVID-19 infections. In an update to the London Assembly on Wednesday, Mr Khan said: “My view is that the 10pm curfew not only doesn’t appear to be reducing the increase in this virus, but could be counter-productive. I have been lobbying the Government to try to review this 10pm curfew.”

Speaking to TalkRADIO, Mr Bailey blasted: “In late September, I think about the 21st, he met with some London council leaders and asked for a harsher lockdown. Things that would restrict marriages and funerals and the like and also a curfew on bars.

“It just shows this man is not trustworthy, he’ll say whatever suits him.”

He added: “We all know what we need to do, we have to get this virus under control.

“We all know this but we also know that we have to get London moving. I’m on record for more than a month now saying look, we’ve got to keep London moving.

“If people can be provided with a safe space to work in, a COVID-safe space, it would encourage people to go back to work.

“The Mayor has not done that and what that has done is it has devastated London.”

“If you saw the things happening now in London, you wouldn’t believe it,” he added.

MPs will debate and vote on Tuesday on the 10pm curfew on pubs, bars and restaurants in England, a measure the government says is necessary to slow the spread of COVID-19, but which critics say is harming the hospitality industry.

The curfew was introduced across England last month, and has swiftly become a focus for anger in Prime Minister Boris Johnson’s Conservative Party, with many saying there is no evidence for a measure that could end up forcing local pubs and restaurants out of business.

Jacob Rees-Mogg, leader of the House of Commons, said the debate would come on Tuesday, setting the scene for a possible showdown between government and so-called rebels in the governing party.

“The Government took the decision to move the debate to the floor of the house in recognition of the level of demand for the debate, so we are being responsive to what is being asked for and ensuring proper scrutiny,” Mr Rees-Mogg told MPs.

He defended the 10pm curfew by assuring MPs that the Government is “acting on the advice of Sage”.

Asked by shadow Commons leader Valerie Vaz for the evidence behind the curfew on pubs, restaurants and bars to be released before MPs debate the policy next week, Mr Rees-Mogg said: “As regards to evidence for individual measures, the Government is acting on the advice of Sage.

“The Government has consistently acted on the advice of Sage and all these measures come in on the best available advice – that is the whole point of having Sage in the first place.”

He also told MPs that the Government has moved the debate on the 10pm curfew to the main Chamber to allow greater scrutiny, adding: “I am very glad to say that we now have a system where issues of national significance will be debated on the floor of the House.

“And I would note on the 10pm curfew, it is a nationally significant measure, and even though it is not strictly caught by the Health Secretary’s commitment last week, the Government took the decision to move the debate to the floor of the House in recognition of the level of the demand for the debate.

“So we are being responsive to what is being asked for and ensuring proper scrutiny.

Mr Johnson has been criticised for his response to the coronavirus crisis, which is spiking again across much of the country and especially in northern England. He has said September’s restrictions were necessary to slow the spread.

But the main opposition Labour Party and some members of his party say those measures have done little to curb the increase in cases, calling on the government to provide parliament with the scientific and medical thinking behind them.