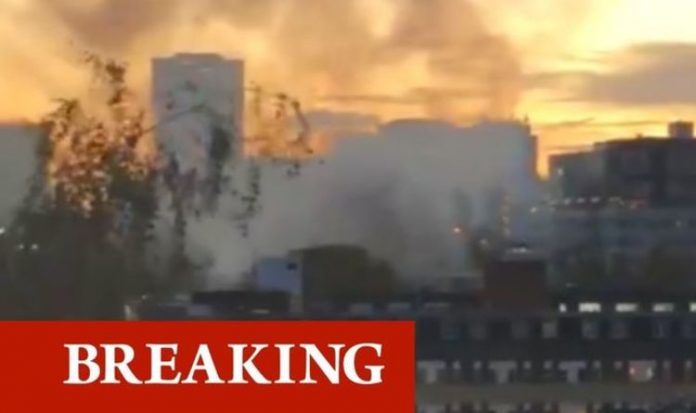 The blaze was reported on Birkenhead Street in Kings Cross today.

The London Fire Brigade said the fire spanned between a ground floor flat.

Approximately 25 firefighters have rushed to deal with the blaze in Kings Cross.

A statement from the London Fire Brigade said: “Four fire engines and around 25 firefighters have been called to a fire at a flat on Birkenhead Street in King’s Cross.

“A ground floor flat and the reception area of a six-storey block are alight.

“The Brigade’s 999 Control Officers have taken 28 calls to the blaze.

“Fire crews from Islington, Kentish Town and Soho fire stations are at the scene.

“The cause of the fire is not known at this stage.”