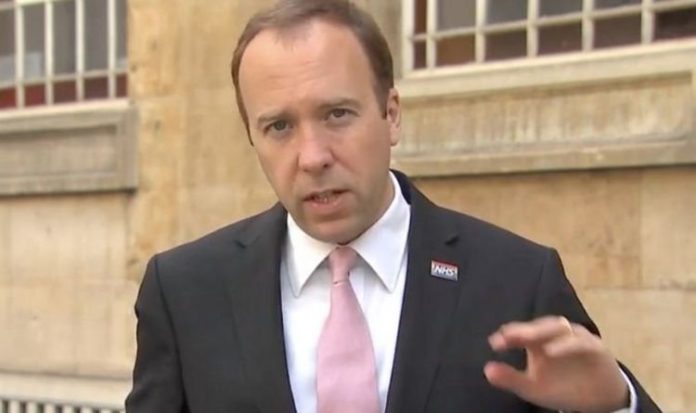 Health Secretary Matt Hancock has confirmed that a meeting later today with Sadiq Khan will consider whether to impose new restrictions on London. The Mayor of London has already said that London should face a new coronavirus lockdown by Monday. When asked on Times Radio today whether Londoners could be asked to work from home as soon as this week, Mr Hancock refused to rule it out.

This would mark a dramatic shift in government position, after concerted effort from ministers to get more people back into the office.

“But then, after that, local lockdowns are necessary, and I’ve brought in local action right across different parts of the country where cases are rising.

“I’ve had discussions this week with the Mayor of London and the teams are meeting today to discuss further what might be needed.”

JUST IN: Act now to avoid a winter of discontent, says NICK FERRARI

In a statement on Friday, Sadiq Khan said he was “extremely concerned” about the “accelerating speed” of new COVID-19 cases in London.

After viewing the latest coronavirus data, Mr Khan claimed that it was “increasingly likely” new restrictions would have to be imposed soon.

City Hall insiders suggest that London is only “two or three days behind” coronavirus hotspots like the North East and Greater Manchester.

Mr Khan is said to be pushing ministers for 10pm curfews on pubs and a ban on mixing households in a bid to stop the spread of coronavirus.

He warned that if people do not follow the rules, including the rule of six, further restrictions may be necessary.

The Health Secretary said he was “very worried” about the second wave of the virus now emerging in the UK.

Mr Hancock explained: “We have a choice. Either everybody follows the rules – the rule of six and the need to self-isolate if you have a positive test or if you are contacted by NHS Test and Trace – or we will have to take more measures.”

“I don’t want to see more measures, more restrictive measures, but if people don’t follow the rules that is how the virus spreads.”

His comments came as the Government announced people in England will face fines of up to £10,000 if they refuse an order to self-isolate.