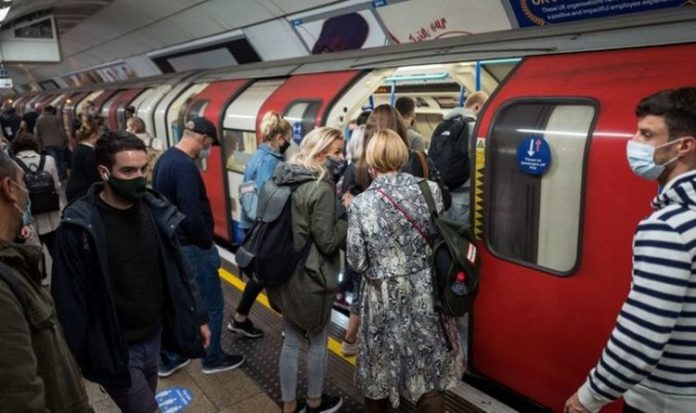 On Thursday the UK declared 6,634 new COVID-19 cases – the highest ever figure recorded in a single day. The massive spike came after 6,178 infections were added to the tally on Wednesday, with cases in London more than doubling since August.

As the Prime Minister introduced a raft of strict new measures designed to curb the spread of COVID-19 it remains to be seen if they will be enough to bring the crisis in London under control.

Mayor Sadiq Khan was this week warned about a rapid resurgence of the virus across the city of nine million people.

Kevin Fenton, London’s director of Public Health England, held a meeting with Mr Khan and the leaders of all 32 boroughs across the city.

Prof Fenton issued an urgent warning about a “rising tide of coronavirus” in the capital.

He pointed to increased admissions to hospitals and a rising number of calls to 111 as evidence that Londoners had a serious outbreak on their hands.

He even went as far as to suggest the epidemic in the city could be as bad as that in the northeast.

Prof Fenton cited a lack of testing as a major problem.

He said London had lost about 20 per cent of testing capacity as it was moved out of the city to other hotspots.

“This is no longer limited to young people in their twenties.”

He added that “whilst the number of cases by borough varies, the general trend across the city is one of steadily increasing transmission and if that continues then the situation may escalate”.

Following the sombre discussion, ministers are understood to be considering a localised lockdown in London if Boris Johnson’s new rules do not slow down the rise in cases.

Hospital admissions for the disease have also spiked.

On Thursday Public Health England said there had been 40 deaths from coronavirus, up from 37 the day before.

The rise came as pubs and restaurants across London are preparing for the new 10pm curfew.

While some have criticised Mr Johnson’s move, saying it would deal a blow to an industry already badly damaged by the lockdown, others supported the rule.