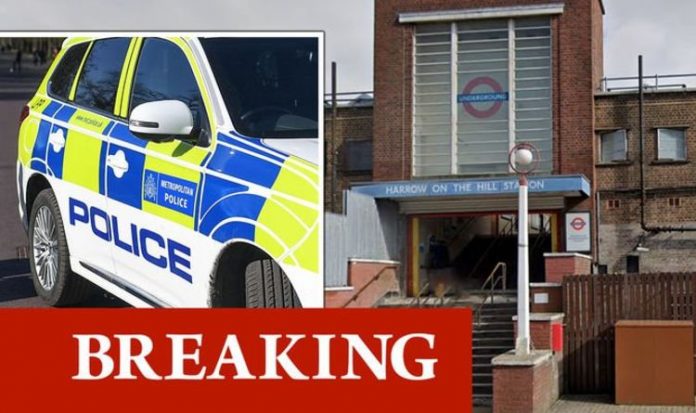 British Transport Police attended the incident at Harrow-on-the-Hill Underground Station just before 11am. The girl has been taken to hospital with what is thought to be a stab wound.

Her condition is not believed to be life threatening.

The station has been cordoned off and remains closed.

A BTP spokesperson said: “Officers were called to Harrow on the Hill Underground station at 10.56am following reports of a serious assault.

“Paramedics also attended and a 16-year-old girl has been taken to hospital with an injury consistent with a stabbing.

“Thankfully, this is not believed to be life-threatening.

“The station is closed and cordons are currently in place at the scene while enquiries continue.

“A person was treated at the scene for a leg injury and taken to a major trauma centre as a priority.”

There are some delays on the Metropolitan Line following the incident.

In an earlier tweet, Greenhill Police said: “Due to an ongoing investigation, Harrow On The Hill tube station is currently closed and there is disruption to the Metropolitan Line. We will keep you updated.”