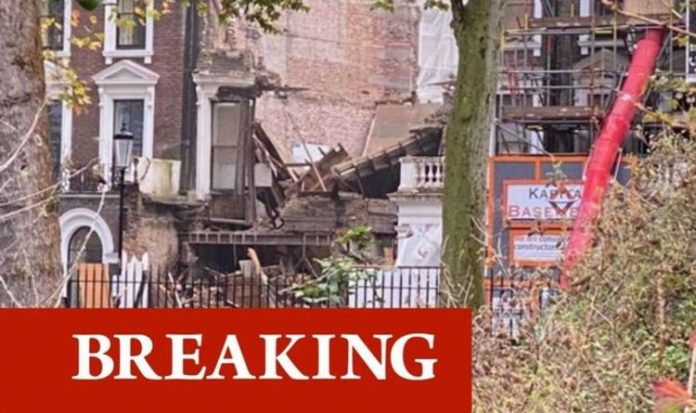 Emergency services were called to Durham Place in Chelsea shortly before 11.30pm on Monday night.

At this stage there a no reports of any injuries.

A Metropolitan Police spokesman said: “Police were called at 2325hrs on Monday, 2 November, to reports of a building collapsed in Durham Place, SW3.

“The occupants of neighbouring properties have been evacuated as a precaution.

“At this stage, there are no reported injuries and nobody is thought to have been inside the building.

“Emergency services remain at the scene.”