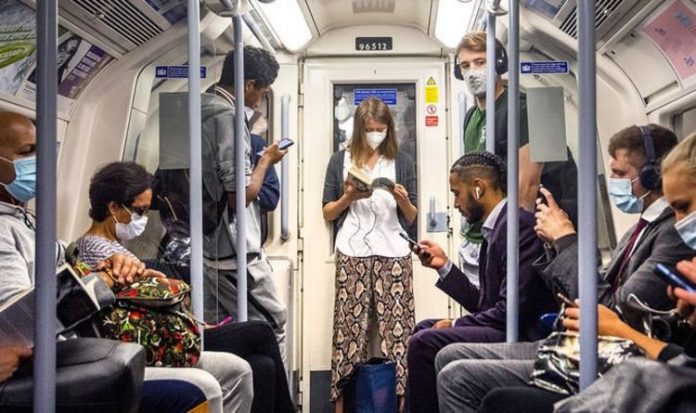 Coronavirus rates in the capital have soared this week, with 30 out of 32 boroughs seeing an increase in cases since London was put on the Government’s national watch list two weeks ago. But new analysis suggests London’s coronavirus figures are including the positive test results of students attending universities in other cities.

Cases have soared up from 89 to 222 in the previous week.

But analysis by the Evening Standard appears to show that a number of the figures were from other cities around the country.

Of 412 positive cases in Richmond since September 20, the council had postcodes for 212 of them, and 49 of those were for places including Leeds, Exeter, Manchester and Durham.

Nearly all of those cases were people in the 17-21 age group.

The assumption is that these are London students whose cases have been recorded using their home addresses, possibly through details given of their GP.

Similar scenarios are likely to be replicated in other areas across the capital and the country as a whole.

Though it is worth noting Richmond is home to a large number of students.

Fresh figures from Public Health England on Friday also showed cases had increased from 69 to 129 in Kingston-upon-Thames, leaving the area’s infection rate at 72.7.

The only boroughs to see a fall in case numbers are Barking and Dagenham and Havering.

The Mayor of London has said numerous times he thinks of London “as one city” and believes a local lockdown should cover the entire capital, not just individual boroughs.

But some MPs disagree with Sadiq Khan, and say blanket restrictions would be unnecessary a different boroughs are likely to peak at different times.

Katherine Henderson, president of the Royal College of Emergency Medicine and a consultant at London’s St Thomas’ Hospital has said the capital is just two weeks behind the North-West – which is currently under tight local restrictions.

She told the newspaper: “London looks better at the moment than the North-West but we are worried that we are just two weeks behind.”