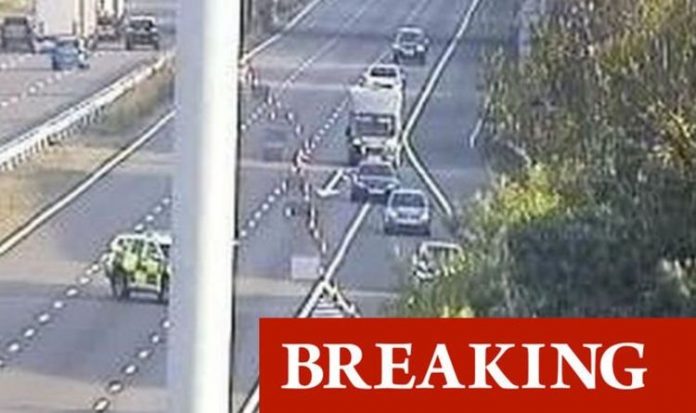 The northbound carriageway has been shut between junctions 9 and 11 following the collision involving three vehicles at around 5.20am. The stretch of motorway will remain closed until tomorrow due to major damage to the road.

The southbound carriageway has been shut between junctions 9 and 10.

Highways England tweeted: “The #M5 Northbound carriageway between J11 #Gloucester and J9 #Ashchurch will remain CLOSED until tomorrow due to extensive road surface damage that must be resurfaced as a result of this incident.

“Please plan ahead and consider different routes where possible to avoid the area.”

Police were alerted to the crash at about 5.20am.

“Both directions are now being closed for a serious RTC.

“Diversions are being installed and closures will likely be in place through to the afternoon.”