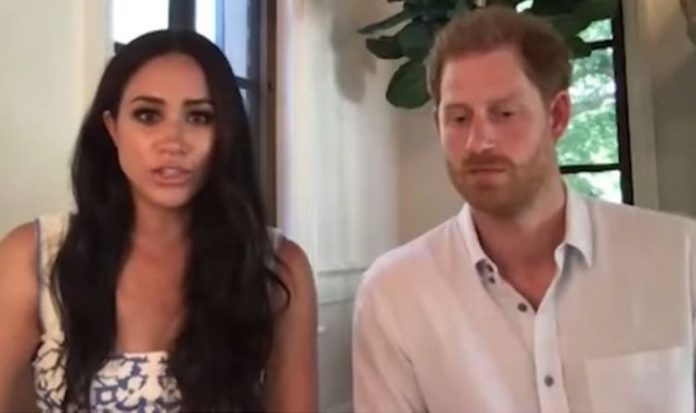 Meghan Markle and Prince Harry have stunned fans and commentators by reportedly quitting social media for good. A source told day Times that the Duke and Duchess of Sussex are “very unlikely” to use platforms such as Twitter or Instagram due to the overwhelming “hate”. Daily Mirror Royal Editor Russell Myers discussed the move on ITV’s Lorraine show, citing Netflix as a possible motivator behind the decision.

He told viewers: “One of their sort of advisers is saying that they’ve launched this new charity Archewell finally.

“They were planning some big things last year and obviously they’d been scuppered with the coronavirus crisis as well.

“However the big new charity launch is not going to have a social media presence.

“They aren’t going to have personal ones either.”

Mr Myers continued: “I think this is probably to do with their big deals with Netflix and Spotify.

“They signed big big money deals with those corporate giants.

“Obviously they want to safeguard that content, they don’t want to give it away for free.

“They had had a record-breaking Instagram page that amassed 11.5 million followers.”

The Sussexes have warned about the pitfalls of social media before, with Harry relating it to addiction.

She warned that the “obsession” with the online world was “very unhealthy for a lot of people”.

As for their Spotify and Netflix deals, the couple have signed lucrative multi-year agreements with both companies.

They plan to produce, host and possibly star in podcasts, documentaries and children’s’ programmes about topics close to their hearts.