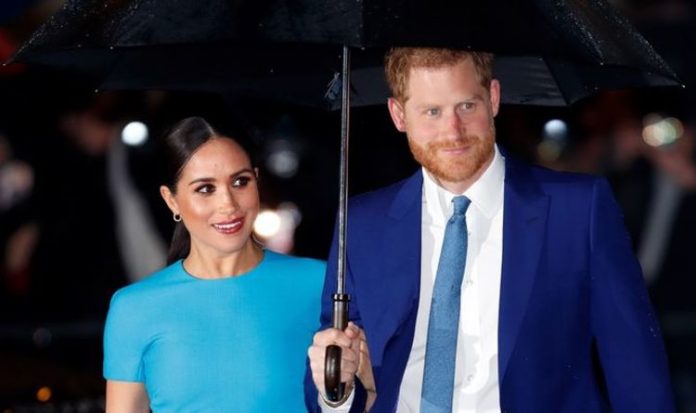 During the Royally Obsessed podcast Rachel Bowie and Roberta Fiorito discussed the reports that the Duke and Duchess of Sussex have agreed to pay $43,000 (£32,000) per month for the next 30 years. Ms Fiorito joked that it was strange to see royals paying a mortgage.

Ms Fiorito added: “That really got me, your own personal playground, that is incredible.”

Ms Bowie continued: “It is a $14.6million (£11million) home, they actually put down a third of that, mortgaging $9.5million (£7million) according to sources.

“There was not outside financial assistance according to an insider.”

Last year the average UK salary was £30,420 a year, according to the Office for National Statistics.

Ms Fiorito asked: “Prince Charles isn’t helping at all with that?”

Mr Warwick compared the decision to that of the Duke and Duchess of Kent when they lived in Coppins in Buckinghamshire.

Mr Warwick said: “I am reminded of when the Duke and Duchess of Kent lived in Coppins in Buckinghamshire which is not so far away from Windsor and in the end, this is why they too came to live at Kensington Palace.

“At the end of an official engagement that has gone on late at night, you have then got a long drive home.

“I was a little surprised that Meghan and Harry had Frogmore cottage, if they intended to fulfil a diary of official engagements.”