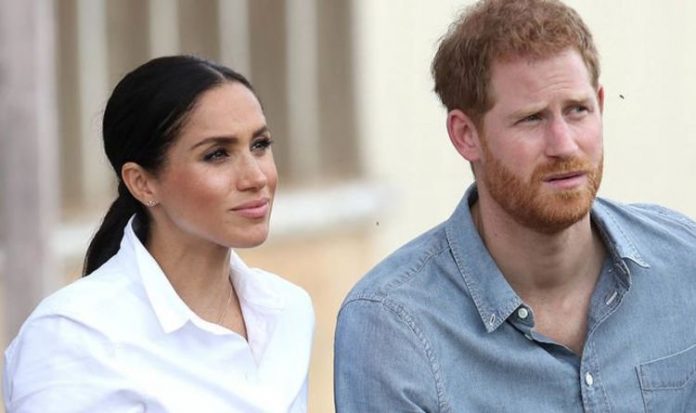 Meghan and Prince Harry have had the highest environmental impact among the 10 senior royals analysed by a study commissioned by Save On Energy. The company comparing gas and electricity suppliers in the UK conducted an analysis on the royals’ travel footprint, support to environmental charities, attendance to engagements focused on the environment, social media posts on the issue, use of electric cars and sustainability of their wardrobes.

After coming up with a scoring system which combines these behaviours, Save On Energy crowned Prince Charles the most eco-friendly member of the Royal Family.

This system has given three points to every royal attending an engagement focused on the environment and has taken away three points for every tonne of CO2 created.

All the other aspects taken into consideration were awarded a single point each.

Authors of this study considered the behaviours of senior royals between March 2019 and March 2020 and referenced to the Royal Travel Report to determine the carbon footprint of each member of the family.

Meghan Markle and Prince Harry have had the highest environmental impact among 10 royals analysed (Image: GETTY)

Prince Charles is the most eco friendly member of the Royal Family, according to a study (Image: GETTY)

While Prince Charles racked up 156 points, Meghan and Harry both obtained only 9 points each.

The Prince of Wales was followed by Camilla, Duchess of Cornwall, who gathered 84 points.

Prince Philip came in third with 44 points, followed by Kate, Duchess of Cambridge, with 29 points and the Queen with 23.

The bottom half of this chart sees Prince William with 15 points, followed by Prince Edward with 11 and Princess Anne with 10.

Prince Charles managed to be awarded first place despite performing the worst in a damning analysis of his travel footprint.

READ MORE: Prince Charles shock: The reason why this grandchild is his favourite

Results of the study (Image: SAVE ON ENERGY)

According to this study, only Prince Philip, who retired from public duties in August 2017, scored zero when it came to CO2 footprint.

Prince Charles racked up the highest CO2 emission due to his use of chartered flight to several engagements and tours.

Prince William came in second this chart, followed by Meghan and Harry.

The Duke and Duchess of Sussex had been criticised by royal watchers and commentators over the 2019 summer for going on holiday to Spain and France using private jets.

But these trips have not been counted by this study, as it only took into account journeys included in the Royal Travel Report.

Meghan Markle topped the chart focused on the most sustainable fashion choices by royals (Image: GETTY)

Similarly, engagements not carried out on behalf of the Crown were not included, as the study considered only events included in the Royal Court Circular.

Analysing the combined total of 29.1 tonnes of CO2 created in 12 months by the Royal Family, the study found the Crown has performed better than the prior year.

“This is due to the royals refraining from using the gas-guzzling RAF Voyager, therefore decreasing their collective CO2 footprint considerably.”

The Prince of Wales managed to top the Save On Energy chart as most eco-friendly thanks to his relentless commitment to environmental causes, support to environmental patronages and public appeals on social media.

“Our research reveals that the future king is involved with the most eco-friendly charities of all royals – 69 in total and awarding him 69 eco-points as a result.

“His father, Prince Phillip, came out as second most supportive of green causes, with ties to an impressive 41 environmental charities in total.

“With relatively neutral scores across the board, his commitment to eco-

charities certainly helped him place as the second most eco-friendly royal overall.”

Similarly, Prince Charles and Camilla are “the most vocal” when it comes to speak on social media of environmental issues.

Their Twitter and Instagram accounts, Clarence House, counted 69 posts in the 12 months analysed including the words ‘sustainable’, ‘warming’, ‘recycling’ and ‘environmental’, the study found.

However, Prince Harry and Prince William have become increasingly vocal on the environment.

In September last year, the Duke of Sussex launched Travalyst, an organisation focused on making the travel industry more sustainable.

Prince William, on the other hand, has pledged to continue his father and grandfather’s work and slow down the effects climate change is having on the planet.

The Duchess of Sussex performed very well when it came to analysing the royal with the most sustainable fashion record.

The study read: “Meghan took the crown thanks to her eco-friendly wardrobe, with 10 reported instances of the Duchess of Sussex wearing sustainable fashion brands such as Stella McCartney, Rothy, Veja and Millie.

“Sporting the likes of Beulah London and Daniella Draper, the Duchess of Cambridge came in second with six reported instances of Kate wearing sustainable fashion brands.”

Over the past two years as a royal, Meghan has shown she is particularly mindful when it comes to choosing accessories and clothing, and often tries to pay tribute to local artists, artisans or fashion designers when on an engagement.