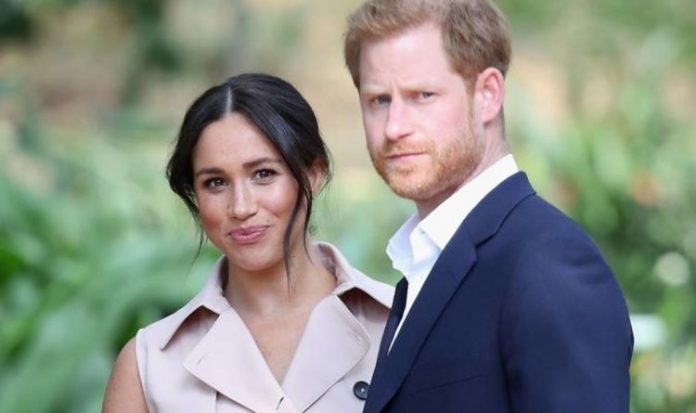 The Duke and Duchess of Sussex dramatically stepped down as senior members of the Royal Family earlier this year in March after announcing they were seeking financial independence in the US. They quickly settled into a new home in Santa Barbara, California, which meant their marital home Frogmore Cottage, located in Windsor, was left empty. Now the cottage is said to be “on loan” to Princess Eugenie and Jack as they prepare to welcome their first child early next year. The cottage has special meaning to them as they also tied the knot at St George’s Chapel, in the grounds of Windsor Castle, in October 2018. Their move into the cottage has prompted some royal experts to question whether the couple will be paying rent to the Sussexes.

Readers were asked if Meghan and Harry should ask Eugenie to pay rent during her Frogmore stay between 12.50pm and 9.49pm today.

A total of 698 people (27 percent) did think she should stump up the money.

And 93 voters (four percent) admitted they did not know.

People also offered their suggestions about where the money should go.

One person said: “They should just pay the rent money to charity.”

Another voter added: “Frogmore Cottage is already owned by the Crown Estate and isn’t for sale.”

A third person said: “This building should now return to the Queen.

Speaking on the Royally Obsessed podcast, Ms Florito said: “It feels weird to me because they only just paid it off.

Ms Bowi added she thought this was a “smart decision”.

She said: “I know but on the flip side if it is vacant, wouldn’t you rather have someone looking after it?

“I don’t think that they’re paying rent which is interesting.

“I’ve seen a couple of reports of that.

“I think where it seems logical for me, the pandemic must have thrown such a wrench into things.

“Especially when you’re about to welcome a baby.

“Originally they were at Kensington Palace but I think logistically this all seems a smart a decision as we all relocate during this pandemic.”

Meanwhile, ITV’s Royal Editor Chris Ship has previously questioned the “financial arrangements” between the two couples over the cottage.

He said: “The thing we don’t know about this is quite how the financial arrangements are between Eugenie and Jack and Harry and Meghan.

“It could be ‘have it on us’ because we’ve got this nice big Netflix deal.

“Or it could be ‘please pay us whatever pounds per month’.

“So this arrangement is going to be quite interesting.”