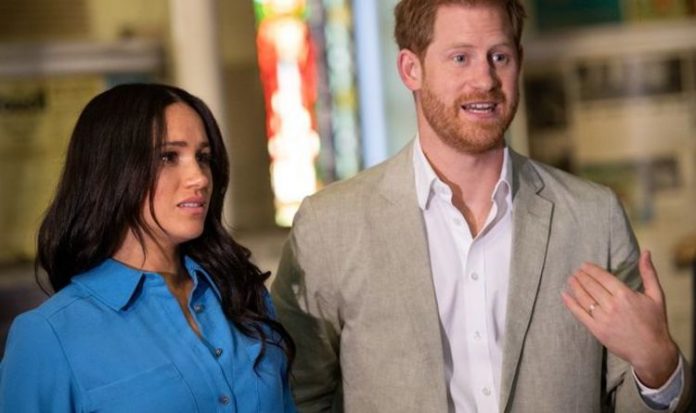 Meghan Markle and Prince Harry have fulfilled their promise to repay the renovation costs of their UK residence, Frogmore Cottage. The £2.4 million update of the Windsor property was paid for using the sovereign grant, a package of money used to pay for the official work of the monarch and her family. ITV Royal Rota podcast hosts Chris Ship and Lizzie Robinson spoke about how the fee had “haunted” the Duke and Duchess of Sussex since their exit from the Royal Family.

“That was spent on the renovation of Frogmore Cottage which was where Harry and Meghan were living at the time.

“It was changed from five different flats into one house.

“It needed renovation, a lot of work doing to it.”

Ms Robinson added: “But £2.4 million was a figure that has slightly haunted them since they departed.

“It’s referred to as taxpayers’ money, but let’s be clear, it comes from the sovereign grant.

“The sovereign grant is the amount of money taken from the share of the profits of the Crown of State.

“Some of it goes to the UK Government, the other is siphoned off to pay for the Royal Family.”

The money was supposed to be paid back as part of the Sandringham Agreement the Duke and Duchess signed.

It was reported that the couple were paying the sum back in instalments of £18,000 a month.

At this rate, it would have taken them over a decade to pay off.

It has now been paid back to the sovereign grant in one lump sum.

Although the Sussexes have set up a new life in America, Frogmore does remain their UK residence and the property of the Crown of State.