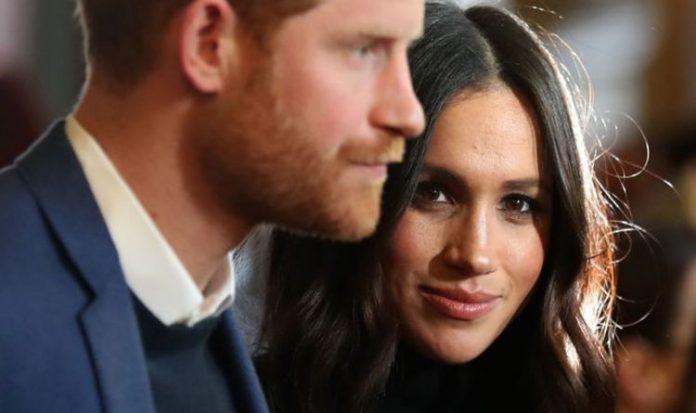 Meghan Markle and Prince Harry’s exit from the Royal Family is one of the centrepieces of biography, Finding Freedom. During Channel 5’s latest documentary, Meghan and Harry: New Revelations, royal commentators reflected on the couple’s decision to stop being working royals. Commentator Emily Andrews argued the new book acts a voice piece for the pair to reveal what they felt was happening behind closed doors in Buckingham Palace.

She claimed, the book, written by royal commentators Carolyn Durand and Omid Scobie, indicates that Meghan and Harry were wary that other Royal Family members felt the pair needed to be “reined in”.

READ  Brexit news: Theresa May set for DEFEAT as Remainers claim 'we have the numbers!' | Politics | News - UK

Ms Andrews said: “Are we to read into that Harry and Meghan felt that the other households thought they needed reigning in.

“That they felt they needed slapping down because that is how I read it.

“I read it that Meghan and Harry felt that there was this conspiracy against them to be put back in their place, on a variety of levels.

“They became more and more insolent and more paranoid and then they felt there was no other choice but to leave.”

Royal commentator Russel Myers argued the Royal Family simply felt they needed to protect the integrity of the monarchy.

He added it was unlikely there was a conspiracy against Meghan and Harry but rather the royal couple believed as if there was.

He said: “It always reminds me of a top football manager saying that no one is bigger than the club.

Royal biographer Andrew Morton said: “This book is basically trying to explain how Meghan approached the Royal Family and how she was dismayed at the easy criticism of everything she tried to do.

“She has been frustrated by the fact that she has not been able to give her side of the story.