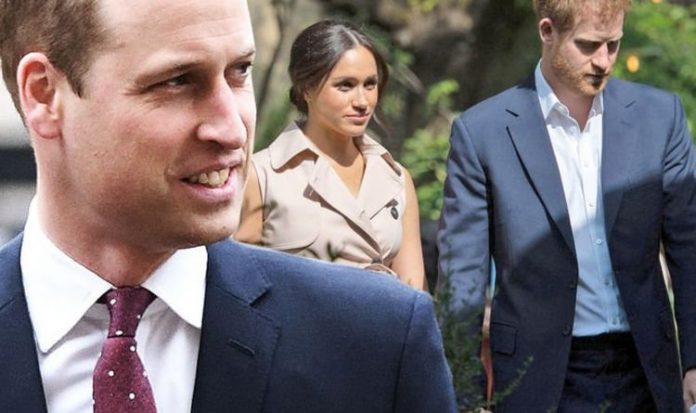 Royal expert Marlene Koenig insisted Prince William role in the Royal Family has always been superior to that of his younger brother Prince Harry. During an interview with Express.co.uk, Ms Koenig argued Prince William and Kate have not needed to fill a gap in the Royal Family because of Harry’s lack of importance in regards to the line of succession. While she did admit Prince Harry and Meghan Markle were popular royals, Prince William and Kate taking on more duties was down to the royal couple gearing up to one day becoming King and Queen.

Ms Koenig said: “Okay let us put it in another perspective.

“Prince William is second in line to the throne, his role will always be superior and would come ahead of Prince Harry’s.

“Prince William and Kate are not filling any void left by Meghan and Harry.

“William and Kate are not picking up things that Harry would have done except perhaps William will get the Marine position.

DON’T MISS: Meghan and Harry’s ability to stay politically neutral ‘may be tested’

Ms Koenig also reflected on the increase in duties both Prince William and Kate have undertaken.

“In some time in the future, Prince William will be the heir to the throne.

“So William’s role is entirely different from Harry’s as Harry would always be the senior male adult until Prince George reached 18.

“You are not going to have tours for at least another two to three years.

“For example, another tour of Australia or the other parts of the Commonwealth, Canada or even the United States won’t happen simply because of COVID.”

Coronavirus has impacted the Royal Family throughout 2020 with many events being taken online or cancelled.

This will also apply over Christmas which has seen the Royal Family unable to spend the celebrations altogether like normal.