The claim was made by Clive Irving, author of ‘The Last Queen: Elizabeth II’s Seventy Year Battle to Save the House of Windsor’. In March 2020 Meghan and Harry stepped down as senior royals and moved to North America.

After a brief stay in Canada the couple moved to California, Meghan’s home state, shortly before it went into coronavirus lockdown.

Mr Irving compared this move to the one made by Princess Diana, Harry’s mother, who divorced Prince Charles in 1996.

Speaking to Vanity Fair, he said: “The first person to hold the whole family’s feet to the fire on that one was Diana.

“It is deciding that your position enables you to be an influence to get things changed that need changing, and then going out and leveraging it.

“Diana really did that, and by doing it to the extent that she did, she really did shame them.

“In a more modest way, Meghan and Harry are doing a similar shaming exercise.

“Though their move to Hollywood and deal with Netflix sounds like show business, what they’re really intending to do is to leverage their ideas and their philosophy in ways that can be positive.”

Announcing their plan to step down as senior royals in January 2020 Harry and Meghan vowed to become “financially independent” whilst still supporting the monarchy.

Whilst Meghan is not expected to return to her acting roots there is speculation both royals could make personal appearances in documentaries.

Harry is also working on a mental health documentary with US TV host Oprah Winfrey for Apple TV.

Late last year it was announced the Duke and Duchess would host a podcast on Spotify.

The first episode, a festive special, was released to fans last month. 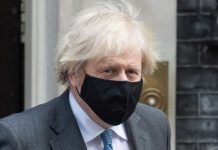 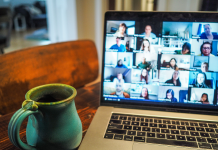