Earlier this week Prince Harry intervened in November’s presidential election with an address urging Americans to “reject hate speech, misinformation, and online negativity”. Odds on Meghan running for president from bookies Betfair have fallen to 20/1.

There is already a long history of people with a background in showbiz entering US politics.

Current President Donald Trump, a businessman, saw his public profile grow whilst hosting 14 seasons of The Apprentice from 2004.

Ronald Reagan, President from 1981-1989, originally had a career as a successful actor.

Speaking to The Mirror Betfair spokesman Sam Rosbottom said: “A year ago, it would have been virtually impossible for Meghan to run for President, but since dropping her royal duties in January odds have plummeted to 20/1.

“With sources claiming she is ‘seriously’ considering a move into politics, it looks more and more likely we could see her name on the ballot in 2024.”

The claim that Meghan is “seriously” considering running for president was made by one of her associates.

Speaking to Vanity Fair they said: “One reason she was so keen not to give up her American citizenship was so she had the option to go into politics.

“I think if Meghan and Harry ever gave up their titles, she would seriously consider running for President.”

“When the bad outweighs the good, for many, whether we realise it or not, it erodes our ability to have compassion and our ability to put ourself in someone else’s shoes.

“Because when one person buys into negativity online, the effects are felt exponentially. It’s time to not only reflect, but act.”

Meghan also spoke describing the coming poll as “the most important election of our lifetime”.

She added: “When we vote, our values are put into action and our voices are heard.”

Meghan has spoken out against Donald Trump before branding him “misogynistic” during a 2016 interview.

The president hit back at the Duke and Duchess during a White House press conference.

Referring to Meghan he said: “I’m not a fan of hers. And I would say this, and she has probably heard that.

Meghan and Harry moved to California after stepping down as senior Royal Family members.

The couple recently moved into a new £11.2million home to the north of Los Angeles. 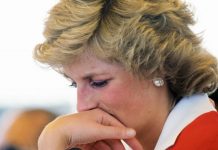 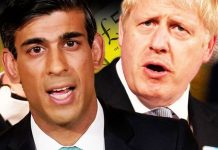 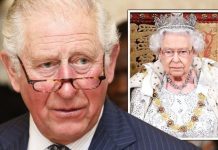