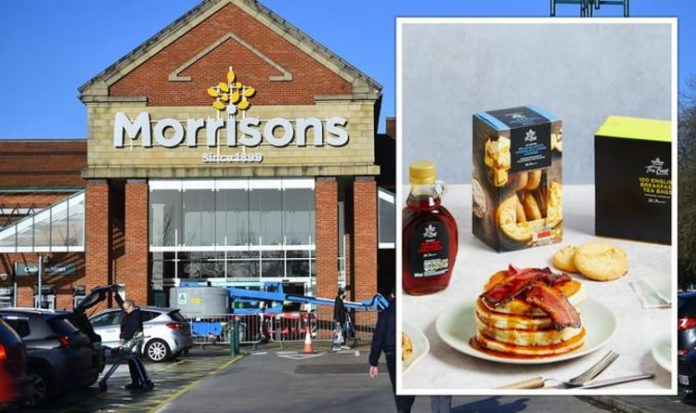 With just under two weeks until Mother’s Day now is the perfect time to be thinking about what to get your mum.

If breakfast in bed isn’t your mum’s thing Morrisons are also selling an afternoon tea box for £20.

The box includes 13 items – everything required a traditional afternoon tea at home.

It didn’t take long for Morrison’s shoppers to turn to social media to express their interest in the afternoon tea box.

Another added: “Brilliant. I want one!”

A third commented: “I got this as a birthday treat from my sister this week, as we can’t go out for one and I was well impressed with the variety and it comes really well packed in a very sturdy box.”

While a fourth joked: “Hey Morrisons!! Nothing says Happy Mother’s Day as much as shipping a loaf of bread !!”

Morrisons has a huge variety of food boxes including fruit ones and a cupboard essentials box.

However not everyone was impressed by the Morrison afternoon tea food box.

One customer wrote on Facebook: “Ham cheese and egg mayo sandwiches. The most boring sandwiches on earth.”

Another said: “Got to make your own sarnies?! Pffft no thanks!”

A third wrote: “I would rather support the small businesses doing this.”

Marks and Spencer have also launched a breakfast in bed gift for Mother’s Day.

If you live apart from your mum, Mother’s Day celebrations might be different this year.

Boris Johnson has revealed his roadmap for easing coronavirus restrictions and coming out of lockdown. From March 8 two people from different households can meet outdoors socially.

The Morrisons Mother’s Day breakfast in bed food box is available to pre-order now and will be delivered between March 12-13.