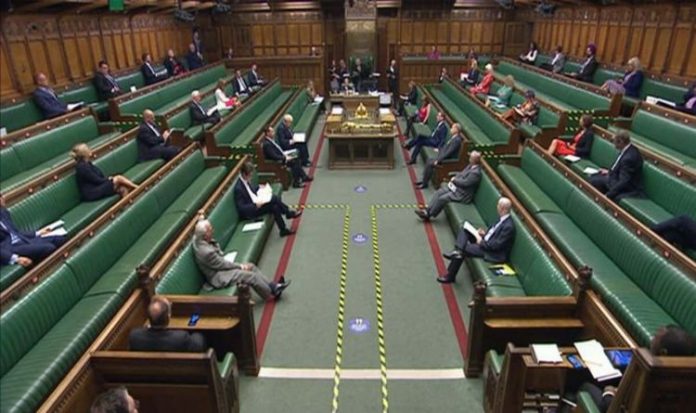 The Independent Parliamentary Standards Authority (IPSA) has outlined plans to hike MPs salary by more than four percent next year – meaning parliamentarians could be as much as £3,360 better off. The watchdog has said it will base any pay increase on October’s year-on-year three-month growth figure of 4.1 percent – which is expected to be above inflation. This would see MPs basic annual salary increase from £81,932 to £85,292.

Jeremy Hutton, policy analyst at the TaxPayers’ Alliance, has condemned the move given the surge in unemployment figures and the imminent end of the vital furlough scheme.

Mr Huttton said: “IPSA must be tin-eared if it really thinks a pay rise for MPs should be considered this year.

“Public finances are in a parlous state, furlough is coming to an end and unemployment is rising.

“A pay rise in parliament would be an insult to hardworking taxpayers who’ve had a very tough year.”

He said: “Given the huge economic uncertainties arising from the coronavirus pandemic, we don’t think it’s right to depart from this approach.”

This comes as the coronavirus crisis plunged the UK into its largest recession in history – when the economy contracted by 20.4 percent in the second financial quarter.

The pandemic has devastated the jobs market with unemployment in the UK surging to its highest in more than two years – even before the full effect is known when the furlough support scheme is wound down.

Between June and July British employers planned more than 300,000 redundancies.

The furlough scheme, which supported more than nine million employees, will finish at the end of this month.

Employers have been encourage to retain their staff and are incentivised with a £1,000 bonus.

Analysts expected that GDP would increase by 4.6 percent given the huge investment made by the Chancellor through initiatives such as the Eat Out To Help Out scheme.

With coronavirus restrictions set to be tightened across the north of England as well as the hospitality sector, Chancellor Rishi Sunak will later announce his latest financial support package.

A Treasury spokeswoman said: “The Chancellor will be setting out the next stage of the Job Support Scheme later today that will protect jobs and provide a safety net for those businesses that may have to close in the coming weeks and months.”