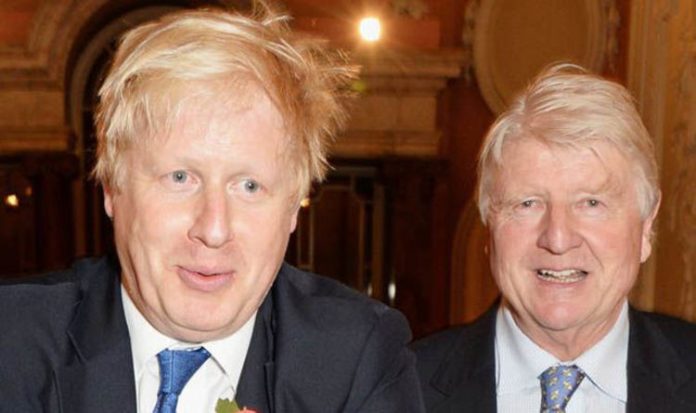 And, in an interview likely to send shockwaves through the Tory party, he also described the Government’s position on Brexit as “a mess”.

Mr Johnson, 77, said of his son: “He’s an absolutely massive talent. He knows an enormous amount about a whole lot of things – not just Greek and Latin, though that’s part of it.”

While clearly supportive of Theresa May, he also made it clear he expected his son to walk into Number 10 in the not-too-distant future and said his high-flying academic achievements would stand him in good stead saying: “A man who’s been Brackenbury Scholar at Balliol can surely handle being PM.”

“I was in the Himalayas looking for snow leopards and didn’t find out until six days later when I got into Bishkek, the capital of Kyrgyzstan, you know.”

“He couldn’t do anything else after saying that trying to sell the Chequers deal was like polishing a turd, and talk of Britain being a vassal state is fairly apt,” he said.

“Curiously, I had spent that week in pursuit of snow-leopard turds. Funny, that.”

And he disagreed with critics who said his son may have blown his career.

“It’s a mess. Anyone who came forward and said they would deliver a real Brexit would stand a very good chance of being heard in the country as a whole. Stop faffing. We are leaving. Full stop.”

A former banker and civil servant, Stanley Johnson has now carved out a successful TV career.

And he revealed that he and his son do not actually communicate that much.

“If Boris wants to know what I’m doing he only has to switch on the TV,” he added.

“If I want to know what he’s up to I just pick up the papers.”