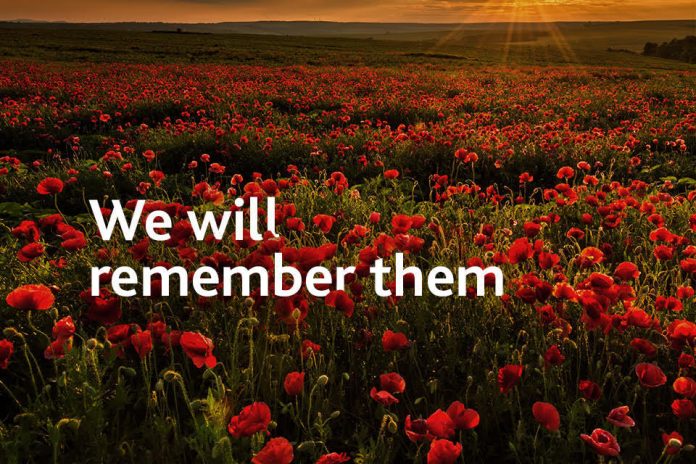 A national two-minute silence will take place across the UK today as we mark Remembrance Sunday.

The National Service of Remembrance at the Cenotaph in London, along with hundreds of local events across the country will still take place this year by being held outside and in accordance with strict social distancing guidance.

Although the public are unable to attend at the Cenotaph, the national event will be broadcast live across Sky, ITV and BBC One with the public invited to remember by staying at home to protect veterans and the NHS.

Ways in which the public can get involved in this year’s socially distanced Remembrance Sunday include:

Visit the DCMS blog for ways to get involved in Remembrance Sunday and Armistice Day.

We come together every November to commemorate the servicemen and women from Britain and the Commonwealth who sacrificed their lives for our freedom.

In this time of adversity, no virus can stop us from honouring their memory, particularly when we have just celebrated the 75th anniversary of victory in the Second World War.

And in times of trial, our tributes matter even more. So let’s come together once again and remember those to whom we owe so much.

Remembrance Sunday is an important date in our national calendar when we come together as a nation to remember and give thanks to those who made the ultimate sacrifice fighting for our freedoms.

While this year’s service is a little different to normal, I want to encourage everyone to get involved from their own homes – watch on your TV, research your family history – but most importantly, keep safe.

Many of the men and women on parade today have already taken part in efforts to fight coronavirus and many more will do so in the weeks to come. I applaud their selflessness.

Whilst remembrance looks different this year, we have made extra efforts to demonstrate our undiminished respect for those who have gone before, and our firm commitment to the continued safety of the British people.

While commemorations will be different this year, the COVID pandemic will not prevent us from remembering the huge sacrifices of those who have given their lives defending this country.

I encourage everyone to join in the innovative ways in which we can express our thanks to those who serve and have served.

Around 150 socially distanced personnel from the Royal Navy, British Army and Royal Air Force will be on parade at the Cenotaph, London, to honour the brave men and women that came before them. Musicians from all three services will play traditional music for the service, including the Last Post played by Buglers of the Royal Marines.