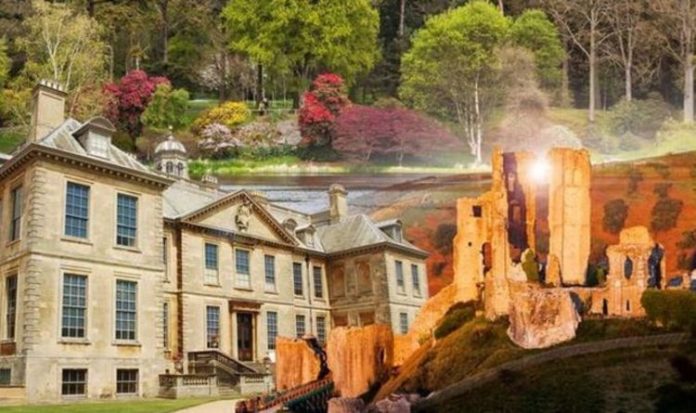 The UK heritage charity is expected to release a report in the wake of the Black Lives Matter movement and announce plans to keep the most controversial objects on its sites to avoid “shutting down debate” in September. The report is a year-long survey which assesses it’s 300 historic homes for links to slavery or colonialism.

The National Trust also carried out a survey listening exercise with members, visitors and supporters in June.

A working group will make recommendations on how to address slavery and colonialism going forward.

The Trust said that one-sixth of Britain’s country houses were purchased by wealthy merchants whose fortunes depended on colonial trade from the 1600s to the 1900s.

One of these properties includes Penrhyn Castle which was built in the early 19th century for George Hay Dawkins Pennant, whose wealth was generated with links to slavery.

The Trust said ahead of the report being released: “Some objects in National Trust collections depict black people in ways that stereotype them or that objectify black bodies.

“Some cause offence and distress.

“Objects such as the West Indian slave collar owned by Charles Paget Wade are stark and distressing reminders of the violent oppression faced by black enslaved people.

“Slavery is a subject that needs handling with the utmost care and sensitivity.

“We aim to work with and learn from partners and communities so we can redisplay and interpret these items well, outside their previous contexts of decorative art or triumphal display.”

It added that slavery has been “woven into the fabric of British and global history for thousands of years.”

The Trust continued: “For 400 years, white British people, companies and organisations gained huge amounts of wealth through the appalling exploitation of enslaved people as part of the slave trade.”

The Trust has already made several changes including at Dyrham Park, Bristol where they decided to place a poem in front of a pair of 17th-century sculptures of African men who are kneeling in chains.

Meanwhile, a statue of a black man at Dunham Massey in Cheshire has been removed whilst the trust decides how to display it “in a more appropriate context”.

The Trust said it is working with educational groups to address painful and challenging histories attached to its properties and collections through pain and exploration.

Tarnya Cooper, collections director for the National Trust, said: “I very much hope that we can interpret these objects effectively and, for the most part, they stay in situ.

“If we marginalise these histories and we take things away and we don’t have the confidence to talk about them, then that shuts down debate.”

Meanwhile, sister charity, the National Trust for Scotland carried out a similar review which revealed that 18 of its properties had links to slavery.

These include the Birthplace of famous Scottish Bard Robert Burns.

The 18 properties include Culzean Castle in Ayrshire, Pollok House in Glasgow and the Glenfinnan Monument, erected in tribute to the Jacobites who died in the 1745 uprising.

A £380,000 two-year research and public engagement project called Facing Our Past, intended to address the histories of slavery at some of its properties will also be undertaken.