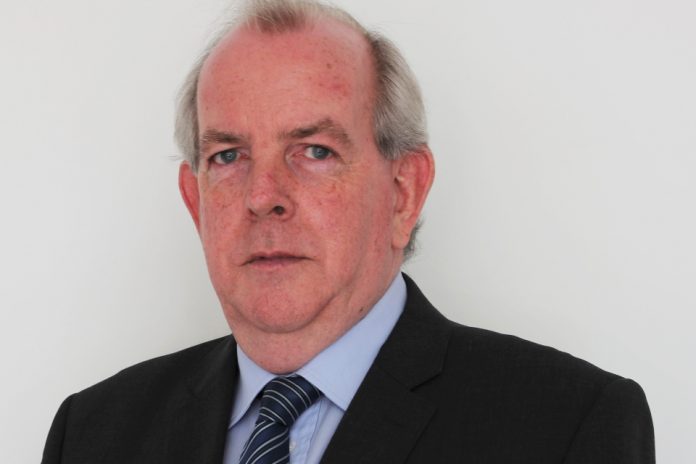 Professor Colin Galbraith is the Director of his own environmental consultancy, which deals with a range of environmental issues in the UK and at the global level. Colin has been Deputy Chairman of the Joint Nature Conservation Committee (JNCC) from 2017 and Independent member of the Committee since 2014. Until early 2010, Colin was the Director of Policy and Advice in Scottish Natural Heritage (now NatureScot). In this capacity he was the principal adviser on policy, scientific and technical matters for the organisation for over 12 years.

Colin has been involved with the United Nations for a number of years and has made contributions through the Convention on Migratory Species and the Millennium Ecosystem Assessment in particular. This work involved Colin in high profile nature conservation issues, including the development of international agreements on the conservation of birds of prey across Europe and the Middle East and separately, on the conservation of Albatross. More recently, his work has focussed on reviewing the impact of global climate change on protected areas and on the ecology of threatened species. Colin has been the Chairman and the Vice Chairman of the Scientific Council of the Convention on Migratory Species (CMS) and is presently the Appointed Councillor on Climate Change issues for the Convention.

Professor Melanie Austen, Charles Banner QC and Professor Marian Scott OBE have all been reappointed as Independent Members for second terms of two years and ten months. Their second terms will run from 15 February 2021 until 14 December 2023. Remuneration is £9,836 per annum based on a time commitment of 2.5 days per month.

The new appointment and reappointments have all been made in accordance with the Ministerial Governance Code on Public Appointments published by the Cabinet Office. All appointments are made on merit and political activity plays no part in the selection process.

There is a requirement for appointees’ political activity (if significant) to be declared. The appointees have declared that they have not taken part in any significant political activity in the past five years.
The JNCC was established in 1991 and reconstituted in the Natural Environment and Rural Communities Act (2006) as a non-departmental public body. The JNCC advises the UK Government and Devolved Administrations of Northern Ireland, Scotland and Wales on UK-wide and international nature conservation

Melanie is Professor of Ocean and Society at the University of Plymouth. She is an interdisciplinary marine research leader with a strong background in marine ecology. She was on the Government’s Natural Capital Committee and served a three-year term as the first Chief Scientific Advisor to the UK’s Marine Management Organisation. She is currently Chair of the Partnership of the UNESCO Biosphere Reserve in North Devon, a member of the Board of Canadian Healthy Oceans Network (CHONe2), and a member of the Strategic Advisory Group of the UKRI Sustainable Management of UK Marine Resources Programme. She has previously been a member of various EU and UK Expert Advisory Groups including chairing an EU Marine Board ecosystem valuation working group.

Melanie’s research focuses on developing interdisciplinary understanding of marine systems, their natural capital and ecosystem services, and their use and governance to improve social, economic, and environmental outcomes.

Charles is a barrister at Keating Chambers. He was called to the Bar of England and Wales in 2004 and to the Bar of Northern Ireland in 2010. He practices across both jurisdictions and internationally, specialising in environment & planning law, commercial dispute resolution and public & regulatory law. He is regularly recognised by the legal press as one of the leading barristers in his fields of practice, and he has been the recipient of multiple legal industry awards. He sits judicially on a part-time basis as a Justice of the Astana International Finance Centre Court in Kazakhstan and is an independent member of the Royal Institution of Chartered Surveyors’ Global Standards and Regulation Board. He was previously a Trustee and Council Member of the UK Environmental Law Association (2016–2020) and the Independent UK Member of the EU Fundamental Rights Agency’s Management Board (2017–2020).

Marian is Professor of Environmental Statistics in the School of Mathematics and Statistics at the University of Glasgow; an elected member of the International Statistical Institute (ISI), a Fellow of the Royal Society of Edinburgh (RSE) and a chartered statistician of the Royal Statistical Society (RSS). Marian’s research interests include model uncertainty and sensitivity analysis; modelling the dispersal of pollutants in the environment, radiocarbon dating and assessment of animal welfare. She was awarded an OBE in 2009 for services to social science.