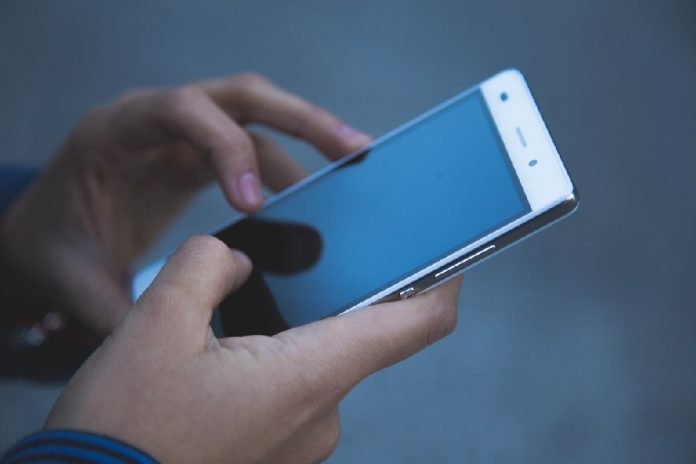 Over 1.7 million app users across England and Wales have been advised to isolate by the NHS COVID-19 app following a close contact with someone who goes on to test positive, new data published today shows.

The NHS COVID-19 app has been breaking chains of transmission to protect users and their communities since its launch in September.

The app is the fastest way to notify the public they have been at risk of contracting the virus, sending alerts to close contacts to tell them to isolate as quickly as 15 minutes after an app user enters a positive result into the app.

The app has now been downloaded 21.63 million times, representing 56% of the eligible population aged 16+ with a smartphone and was the second most downloaded free iPhone app on the Apple App Store in 2020.

The more people who download the app the better it works. Research conducted by scientists at The Alan Turing Institute and Oxford University shows for every 1% increase in app users, the number of coronavirus cases in the population can be reduced by 2.3%.

Research by the Turing/Oxford team into the epidemiological impact of the app also points to a causal link between app use and reduced case numbers, with their analysis suggesting the NHS COVID-19 app has prevented 600,000 cases since it was launched.

The NHS COVID-19 app is an important tool in our pandemic response. We know it has instructed hundreds of thousands of at-risk people to self-isolate since it launched in September – including me – and this analysis shows it has been hugely effective at breaking chains of transmission, preventing an estimated 600,000 cases.

Isolating and knowing when you have been at risk of catching coronavirus is essential to stopping the spread of this virus, and the app is the quickest way to notify you if you are at risk.

I want to thank all those who have played their part by downloading and using the app, and urge those who haven’t to take the simple step to protect your communities and loved ones and download it.

The app has been designed with privacy in mind so it tracks the virus not people utilising the latest in data security technology to protect privacy while notifying users when they are at risk.

As well as contact tracing and booking a test the app allows users to check their symptoms via the symptom checker. Coronavirus symptoms have been reported into the app over 1.4 million times in England and Wales since 24 September.

Over 3.1 million test results have been entered into the app across England and Wales, of which 825,388 were positive. This is a combination of both tests booked through the app and test results manually entered into the app. As users are more likely to manually enter a positive test result in order to trigger contact tracing than a negative result, these figures cannot be used to calculate a positivity rate for the NHS COVID-19 app comparable to manual contact tracing.

There can be no doubt the NHS COVID-19 app is a vital tool in stopping the spread of coronavirus, having sent over 1.7 million notifications to tell people who have been exposed to the virus to self-isolate since launch.

The app, which works as a part of the wider NHS Test and Trace programme in England, helps us to reach more people quickly to protect communities, by notifying contacts as quickly as 15 minutes after a user enters a positive result.

The app continues to protect our essential workers during this lockdown, and will continue to play an important role in the future as we come out of national restrictions.

It is great that over 56% of the eligible population have already downloaded the NHS COVID-19 app.

If you have already downloaded the app, I would like to thank you for helping to keep your loved ones safe, and please check that you always have the latest version of the app downloaded, as we make ongoing improvements to the app to help keep people even safer.

Figures on the app’s wider features show users have checked into a venue over 103 million times. A total of 253 venues were identified as ‘at risk’ as a result of an outbreak since 10 December, triggering ‘warn and inform’ alerts to app users who had checked into those venues, protecting app users by letting them know as quickly as possible when they may have been at risk so they can monitor symptoms. A ‘warn and inform’ notification will only be sent if an outbreak is identified at a venue and is not equivalent to an instruction to isolate.

The app operates on a principle of continual improvement and has had a series of updates since its launch in September 2020, including an update to the risk scoring algorithm to utilise GAEN API Mode 2 which better estimates distance based on Bluetooth signal strength, increasing its accuracy and making this the first contact tracing app worldwide to harness this technology.

We have created a world-leading app, the first of its kind to be built on the latest GAEN API Mode 2 technology, which works to break chains of transmission and protect users against the spread of the virus while maintaining privacy and anonymity.

Using the NHS COVID-19 app is the fastest way to know when you have been at risk of catching the virus and our analysis shows when more people download the app they can have a disproportionately positive impact on driving down case numbers in the community.

I urge those who have not yet downloaded the app to look at the data and our analysis and see for yourself the benefits using this app can bring to protecting not just yourself, but your families and communities.

Christophe Fraser, Professor of Pathogen Dynamics at the University of Oxford’s Nuffield Department of Medicine said:

Our analysis shows that the NHS COVID-19 app is sending exposure notifications to relevant contacts.

Isolating when receiving a notification from the app has and continues to prevent the spread of the virus. We analysed the impact of the 1.7 million notifications sent by the app, and our statistical analysis showed that approximately 600,000 cases were averted.

The impact of the app could be increased by more people using it: for each increase in users of 1% of the population, the number of cases can be driven down by approximately 2.3%. The epidemiological outlook remains concerning, and using the app can contribute to reducing infections until we are all vaccinated.

The app is now also interoperable meaning it is compatible with other contact tracing apps across the UK, protecting users who travel to Scotland, Jersey, Northern Ireland or Gibraltar. As of December, self-isolation support payments have been available to users in England who have been instructed to isolate, without compromising the privacy protecting nature of the app. In Wales NHS COVID-19 app users have been eligible to apply for the SISS since 1 February.

App users will only be notified to isolate if they are assessed to be at risk of having caught the virus so it is essential users comply with self isolation to stop the spread of the virus and protect the NHS.

The NHS COVID-19 app now runs on tens of millions of phones, making it one of the world’s most downloaded medical software products. It has been approved by the MHRA – the only such app to have been confirmed as meeting the highest standards needed for medical devices by a medical regulator, and provides a powerful, cost-effective and continuously updated instrument to help control the evolving pandemic.

We built this technology with Apple to help public health authorities fight COVID-19. People up and down the country are contributing to this fight, with record numbers choosing to download the app across England and Wales, supporting the NHS as it continues to do heroic work.

Data on the NHS COVID-19 app will be published weekly alongside NHS Test and Trace data from Thursday 18 February.

Data on the number of cases prevented is subject to peer review.