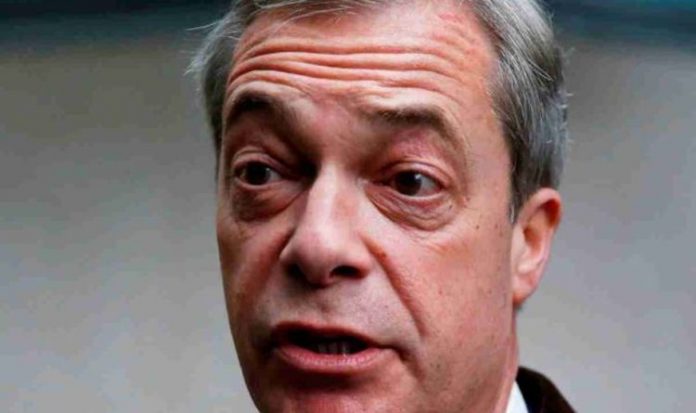 After the West Conwy Pubwatch group said Mr Drakeford would be barred from entering their members’ premises for at least 18 months, Brexit Party leader Nigel Farage supported their position. Responding to the tweet from TV presenter Doctor David Bull that read, “Mark Drakeford barred from 100 North Wales pubs over looming alcohol ban”, Mr Farage tweeted, “And so he should be.” The Welsh publicans are furious about the strict new regulations hitting their industry.

In an open letter, the West Conwy Pubwatch group said: “All licensees have a legal duty under the Licensing Act of 2003 to ensure that disorderly, argumentative, violent behaviour and antisocial behaviour does not occur on or around their premises and to prevent the occurrence of criminal offences.

“As a result of your behaviour on November 30th 2020 at the Senedd Cymru your actions class as antisocial behaviour for the damage caused to our members’ premises.

“The licensees of the West Conwy Pubwatch have jointly decided that in order to discharge their duty as referred to above they are exercising their right not to allow you entry to their premises.”

They added: “Should you attempt to ignore this notice and enter any of the licensed premises listed on our website the assistance of police will be sought, if necessary to eject you from the premises and an extra six months will be added to your ban.

READ MORE: Can I meet a friend in a cafe in Tier 2?

Mr Drakeford’s new regulations include a ban on alcohol sales in hospitality settings.

They also include a 6pm curfew.

The decision has sparked fury from business owners within the industry.

Now more than 300 hospitality businesses have said they would lend their support to the move by the West Conwy Pubwatch.