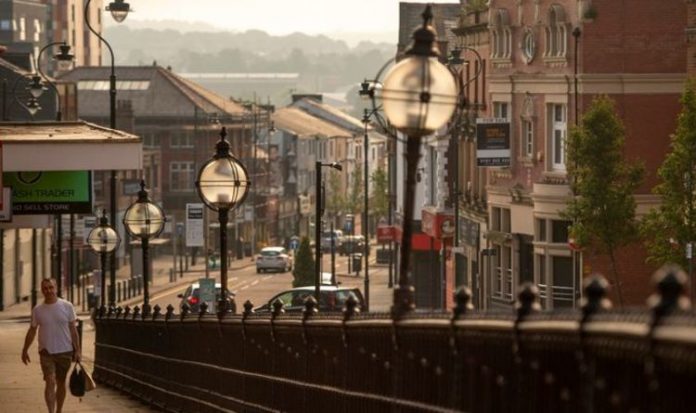 As the lockdown eases on a national scale, a number of towns and cities across the UK have imposed their own, localised lockdown restrictions. The Government said it has given power back to local authorities to implement lockdown measures such as banning inter-household mixing and delaying the opening of pubs, bars and restaurants, based on local outbreaks. Leicester, Lancashire, Greater Manchester and Preston have all seen local lockdown restrictions imposed as cases soared.

Is Oldham going into lockdown?

Oldham, Greater Manchester, is on the brink of lockdown as the council’s director of public health said a full lockdown could happen “in days rather than weeks”.

Local authorities implemented new measures in Greater Manchester two weeks ago, similar to the ones imposed in Preston, in a bid to avoid a full-scale lockdown.

This means people from different households cannot socialise at home, in gardens or at pubs, restaurants and bars.

People who are on the shielding list should “continue taking extra care”, despite the scheme ending earlier this month, Oldham Metropolitan Borough Council said.

READ MORE: Coronavirus map LIVE: 60% of new hospital deaths were in ONE region

Ministers were urged not to take the “easy route” by implementing a full scale lockdown on Thursday (August 13).

Andy Burnham, Mayor of Greater Manchester, warned that doing so would have “serious consequences” and asked the Government to give the current restrictions “time to work”.

Mr Burnham said a full lockdown “should only be considered when everything else has been tried first”.

He added: “To go from where we are today to full lockdown, that would present serious difficulties for the public, but also for Greater Manchester services as well.”

But, rather than imposing draconian new rules on certain boroughs, Mr Burnham argued in favour of targeted enforcement against pubs, restaurants and supermarkets failing to follow the guidance.

The figures are more than twice that of Leicester – 51.8 per 100,000 – which is the only city in England to have undergone a full lockdown.

Oldham Council says there has been a “significant” rise in cases among people in their 20s and 30s as well as in BAME (Black, Asian and Minority Ethnic) communities.

Local figures show the virus is “circulating in almost every area and across all age groups and ethnicities” of the borough.

Greater Manchester Police added: “It is worth noting that recent spikes in Greater Manchester, which led to the additional restrictions, were centred around house parties with 17 and 18-year-olds.”