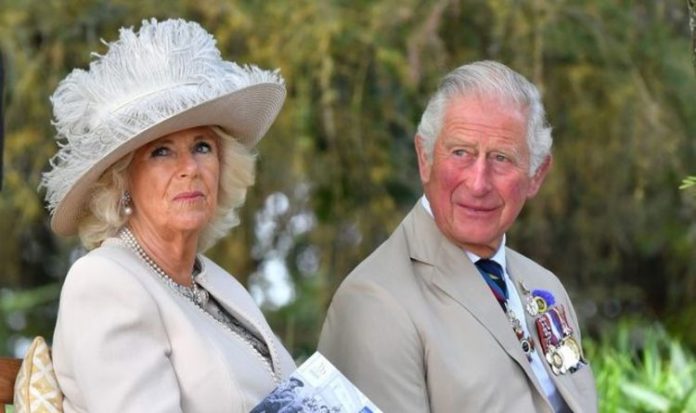 The virtual memorial event will take place on Wednesday 27 January. Prince Charles has been a patron of the Holocaust Memorial Day Trust since 2015.

The Duchess also marked the 75th anniversary of the liberation of Auschwitz-Birkenau in Poland last January.

Due to the ongoing coronavirus pandemic, this year’s ceremony to mark Holocaust Memorial Day will take place virtually.

The royal couple invite people to join in a moment of lighting the darkness.

The video features survivors of the Holocaust and people across the country who have lit candles and placed them in their windows to mark the event.

During the video, Prince Charles said: “As I speak, the last generation of living witnesses is tragically passing from this world, so the task of bearing witness falls to us.

“That is why The Holocaust Memorial Day Trust, of which I am so proud to be Patron, has this year chosen the theme – ‘Be the Light in the Darkness’.

READ MORE: Charles accused of being ‘hypocritical’ over Meghan and Harry’s plea

“The scale of the evil was so great, the impact so profound, that it threatens to obscure the countless individual human stories of tragedy, loss and suffering of which it was comprised.

The Prince of Wales said there needs to be an “extraordinary” global effort to fight the crisis.

He warned the “clock was ticking” in the battle against climate change.

Prince Charles made his comments during an event hosted by the US think tank Atlantic Council on Thursday.

The Earth charter is a £7.3billion multinational recovery plan between some of the biggest firms.

Prince Charles has asked signatories to agree to almost 100 actions in order to put sustainability first.

He added that now is the time to “make every day count”.