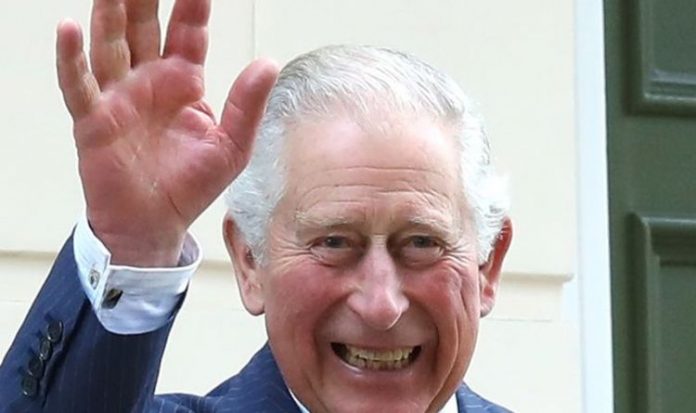 One-year-old Archie Mountbatten Windsor has been growing fast since parents Prince Harry and Meghan Markle whisked him away for time in the US. Now, it seems Prince Charles has been able to see for himself as young Archie joined his parents on a zoom call to the Queen and the Prince of Wales to celebrate Harry’s 36th birthday.

During the zoom call, the Duke of Sussex is said to have blown out candles on a birthday cake his wife Meghan baked for him.

However, it was Archie who stole the show.

Archie was said to be very vocal on the call, even giving Prince Charles a sweet new nickname.

A source told : “It was very pleasant. Harry told the family how much he missed them.

“There was some excuse made about why he wasn’t there.

“It was a bit awkward that William and Kate weren’t there.”

During Harry’s birthday on Tuesday, the Duke and Duchess of Cambridges masked up to visit a London Jobcentre and bagel bakery.

The brothers are believed to have clashed when Harry quit as a senior royal earlier this year.

The rift is said to have deepened further in July when Finding Freedom – an explosive biography was published.

The book accused William of being ­“snobbish” towards Meghan Markle.

The sources in the biography also claimed other senior royals had treated the Duchess of Sussex similarly, dubbing her “Harry’s showgirl”.

An insider said: “The boys love each other and there will always be a close connection. It’s just been difficult of late.

“It’s ­unfortunate that William could not be on the call.”

The Cambridges wished Harry a happy birthday on their social media accounts and are said to have chatted with him privately.

William and Kate marked the day by sharing a snap of them all racing at London’s Olympic Park in 2017.

Harry is seen in the lead, prompting some to joke he was trying to get away from them.

One fan said: “It’s hysterical they chose one of Harry running away with William and Kate in hot pursuit. That could not have been an accident.”