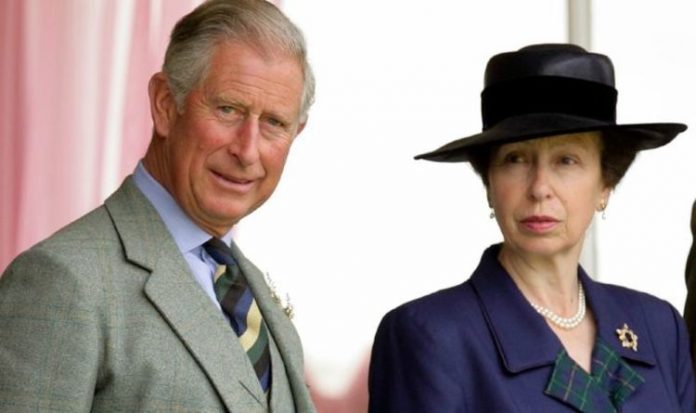 Princess Anne’s alleged affair with her former royal protection officer, Peter Cross, threatened to seriously harm her reputation, according to commentators on Channel 5 documentary, ‘Princess Anne: The 7 Loves Of Her Life’. In 1985, Detective Sergeant Cross sold his story to the News of the World, detailing their intimacy and closeness. Royal experts pointed to the Queen’s daughter’s ability to remain tight-lipped about her private life as one of the reasons she escaped the scandal, as well as the actions of her older brother, Prince Charles.

Biographer Angela Levin told viewers: “I think Anne didn’t get a huge negative response from the public because she didn’t say anything.

“She didn’t confirm it, she didn’t deny it. She just got on with her daily life.”

Victoria Howard, editor of The Crown Chronicles, agreed: “She just didn’t feel the need to actually address it because it was her private life that the public were not entitled to know about.

“I think the public view was that this is just scandalous muckraking and they were prepared to give her the benefit of the doubt.”

Narrator Phoebe Pryce added: “Another reason Anne’s reputation remained largely intact following these revelations was thanks to the private life of her brother Charles.

“In the summer of 1980, he began his relationship with Lady Diana.”

Ms Levin said: “Once Diana arrived, Princess Anne was out of the picture.

READ  Want to find the person you want to marry? Then use a one night stand dating app | UK | News (Reports)

The couple were rarely seen in public together, and leading completely separate lives.

That year a set of letters were handed to , having been stolen from Anne’s office

Although the newspaper hadn’t published the content of the letters, it was known that they were affectionate and set tongues wagging.

In a surprise move a week later, the Palace named the author of the letters as the Queen’s equerry, Commander Timothy Laurence, who has now been married to Anne since 1992.