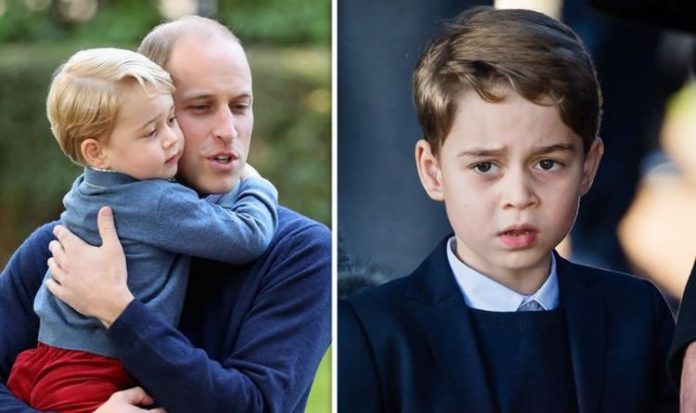 What is the Earl of Strathearn title?

When Prince William married Kate Middleton in 2011, the Queen bestowed upon her grandson the title of Duke of Cambridge.

However the Queen also gave William a number of subsidiary titles as well, including the Earldom of Strathearn.

William was also given the title of Baron Carrickfergus, which is used when he visits Northern Ireland.

Prince George’s title remains His Royal Highness Prince George, and the reason for this isn’t clear.

In recent royal history princes born into the Royal Family have used their prince titles rather than their father’s subsidiary titles.

Most likely, Prince George also does not use his father’s subsidiary title because of his position in the line of succession.

Prince George is one day expected to be King, as he is third in line to the throne behind his father and Prince Charles, so he will likely be given a brand new title if he decides to marry in the future.

When Prince George is first in line to the throne, he will likely hold the traditional Prince of Wales title as the heir apparent.

Not every member of the Royal Family receives a royal title, and in recent years some royals have decided to forego royal titles altogether.

Usually the Queen only awards royal titles to senior working royals when they tie the knot, with non-senior royal Princess Eugenie and her husband Jack Brooksbank missing out on a royal title when they married in 2018.

Prince Harry received the Dukedom of Sussex when he married Meghan Markle in 2018, along with the subsidiary titles of Earl of Dumbarton and Baron Kilkeel.

However Harry and Meghan decided not to give their son a royal title, and subsequently he is known as Master Archie Harrison Mountbatten-Windsor, rather than by Harry’s subsidiary title as the Earl of Dumbarton.