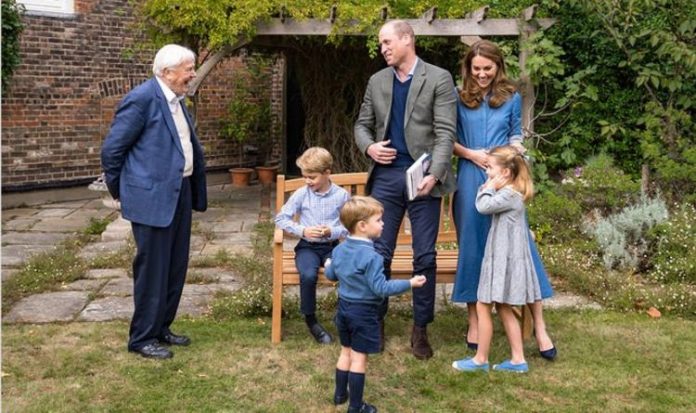 And to mark the occasion, Sir David brought along a gift for Prince George with a special meaning.

Sir David decided to give George a giant shark tooth, which he found in Malta during a family holiday in the 1960s.

A tooth from the carcharocles megalodon species, the tooth is millions of years old and belongs to an animal which is now extinct.