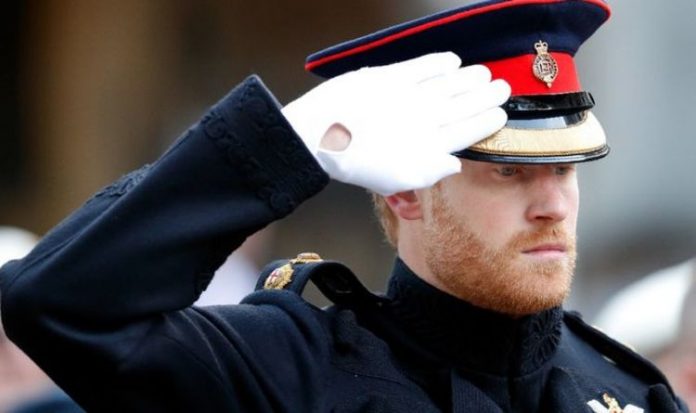 Prince Harry and Meghan Markle’s decision to step down as senior royals earlier this year left questions on how the pair would champion issues they care about. While speaking on royal podcast, HeirPod, Omid Scobie and Maggie Rulli praised Harry for remaining committed to working with veterans even in the US. The pair insisted Harry was a man of his word and would continue to help and support military and veteran causes going forward.

Mr Scobie said: “Harry always said that no matter what he is doing or where he is, his focus and dedication to the military community will always be as strong as ever.

“He is clearly a man of his word and it is good to see that continuously.”

Ms Rulli also highlighted how well Prince Harry has adapted his work while being in the US.

She said: “What has also been interesting and really great with Harry and Meghan moving to the US, at least for part of their time, is that he is also embracing organisations in America.

“He has been embracing ones that serve the same beliefs that he has been fostering for so long in the UK.

“When we saw him go lay wreaths on soldiers’ graves on Remembrance Day it was obviously paying respect and honour to fallen soldiers in the UK but also in the US and Canada and other Commonwealth countries.

“Even this event was a great chance to show that he is part of this larger community of UK military servicemen and women in the UK but he has almost made it a global effort.

“A global effort to support people who sacrifice and again going back to service that is what really stood out to me.

“As they have been living in California it only makes sense that they would start from home and figure out what they can do on the ground from there.

“This is all while they can plan to do bigger things with their Archewell foundation and other appearances.”

Mr Scobie and Ms Rulli concluded how strongly Prince Harry feels towards helping veterans and how happy they were he would continue to help others in the US.