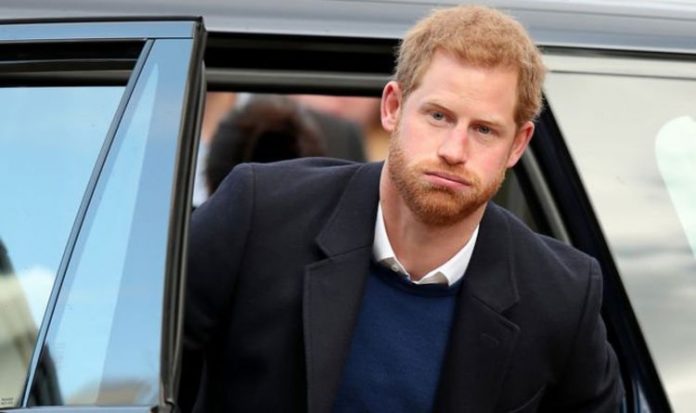 The Duchess and Duke of Sussex stepped back from full duties in the Royal Family on March 31 this year. Since then, a tell-all biography, Finding Freedom, has given new insight into Meghan and Harry’s experiences leading up to their decision to move away from royal life. According to the book, Harry lost his honorary military titles after the pair stepped back from the family, devastating the Prince and Meghan.

Carolyn Durand and Omid Scobie, co-authors of Finding Freedom, wrote Harry is no longer allowed to wear his military uniforms or be afforested by his former titles.

They said it was “the most demoralising aspect” of stepping back from the Royal Family for Harry.

Ms Durand and Mr Scobie added: “As a retired serviceman, Harry would always be able to wear his medals, but no longer could he wear uniform as Captain General of the Royal Marines, Honorary Air Force Commandant of the Royal Air Force Base Honington, and honorary Commodore-in-Chief of the Royal Navy’s Small Ships and Diving Operations.”

Harry served in the Army for ten years, and passed his qualification to train at Sandhurst in 2004.

The last time Harry wore his military uniform was at the Mountbatten Festival of Music.

He reportedly said at the event: “I’m devastated that I am having to stand down.”

Rachel Bowie, one of the hosts of the Royally Obsessed podcast, claimed Harry seemed to struggle at the event.

She added: “When they received a standing ovation, people thought Harry looked a little teary-eyed.”

Since stepping back from full-time royal duties, Meghan and Harry have bought a new home in Santa Barbara, California.

While living in the US, the pair have announced their plans to start a new charity called Archewell.

Harry has also stated he will return to the UK to continue working with the Rugby Football League.

In a video call with members of the league, Harry said: “We’ve got a whole Rugby League World Cup coming next year, so I definitely plan on coming back.

Harry and Meghan have also recently signed a multi-million dollar deal with Netflix.

Reed Hastings, co-CEO and founder of Netflix, said in an interview with CNBC the couple plan to be producers rather than actors.

He added: “That’s the key thing. They’ve developed a great eye for story and we’ll be working with them on that basis.”

While the value of the deal has not been announced, experts have said it could be worth an astonishing $150 million (£117 million).